From the Faroese perspective — the pilot whale hunt

Hunted pilot whales. Photo was taken on June 5, 2012 in the Bay of Sandur. Photo: Leah Lemieux 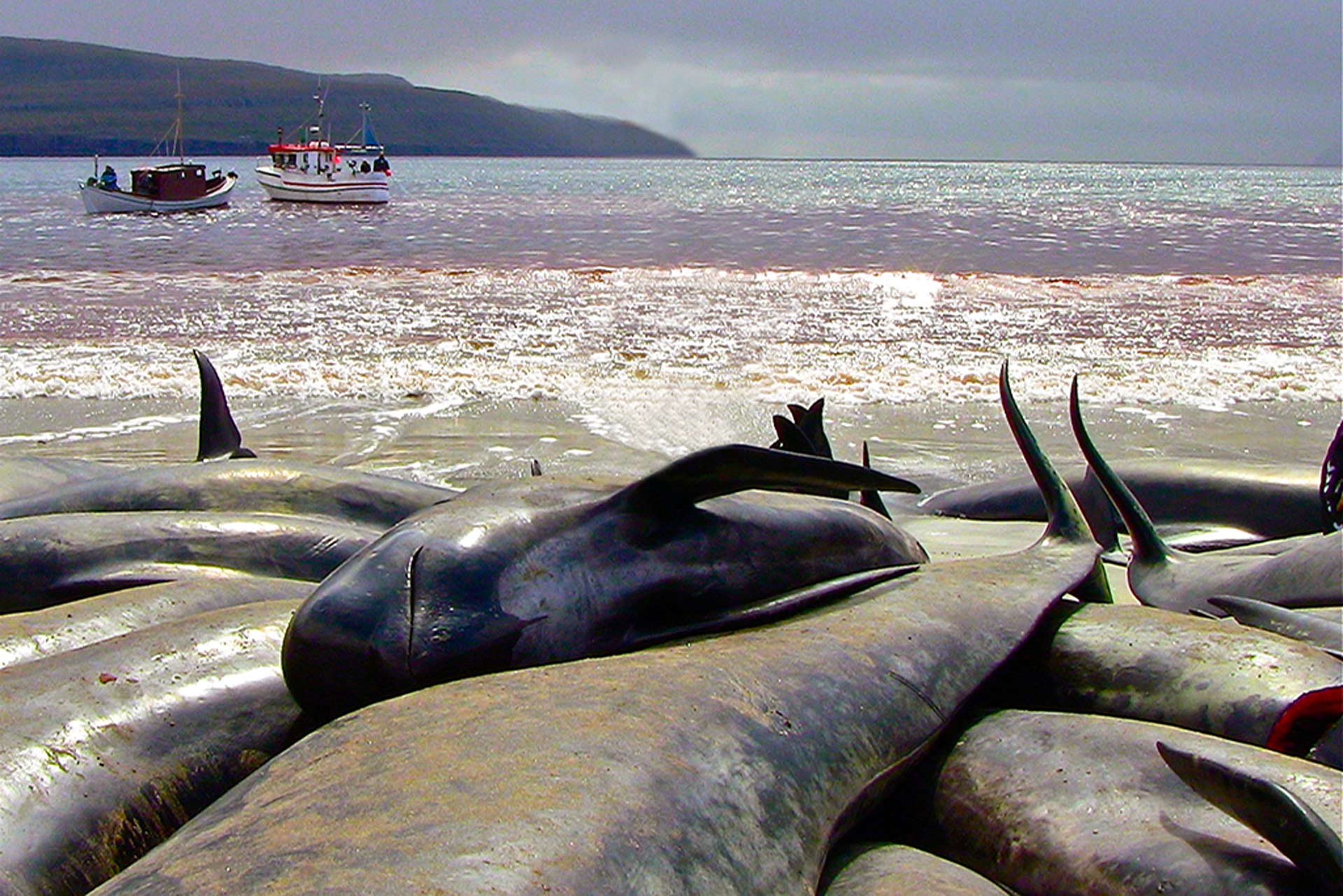 Hunted pilot whales. Photo was taken on June 5, 2012 in the Bay of Sandur. Photo: Leah Lemieux

Cooperation rather than confrontation – in this way, whale defenders and the Faroese might jointly contribute to an accelerated end to the pilot whale hunt. Here are some local points of view on it.

(Part two of a three-part series)

“I wish a tsunami would sweep over the islands”; “I hope they all die from eating toxic meat”; “Dirty sons of bitches. This disgusting island should rot in hell.” Jákup is often shocked when he reads comments like this on social media such as Facebook or YouTube.

Jákup*, 34, is Faroese; so the comments refer to his folk – and him. Written by animal rights activists, accusatory and aggressive in tone; people who get over-emotional and lose any sense of decency and rationality in their black and white thinking.

This is how war propaganda works, as can be seen in the current conflicts in the Ukraine, Syria, Iraq, Israel or Gaza. Enemy stereotyping does not encourage independent thought; it makes the truth difficult to find and solutions impossible.

That’s how the Canadian whale and dolphin advocate, Leah Lemieux expresses it. It fits.

And so I meet Jákup – and listen to him. Formerly he took part in the grindadráp, the Faroese pilot whale hunt; and killed these large marine mammals himself.

He stopped five years ago: “I listened to the warnings of Pál Weihe, Chief Physician at the Department of Public Health, and no longer consume whale meat. It is obviously heavily contaminated with heavy metals and other toxic substances.”

But when he reads defamatory, degrading, hurtful and misleading comments, he sometimes wants to show solidarity with the whalers and go hunting again.

“Many activists are obviously not aware how counterproductive a misguided campaign can be.” All meat has been alive at some point,

Don’t tell me that whaling is wrong while stuffing yourself with a burger. If you’re vegan, then I fully support you.

Name calling and hatred has never saved a whale, continues Jákup. “This has been tried since the 80′s with no success at all. Change the tactic.”

The Faroes have the lowest crime rate on the planet.

How many nations can say that? We are not barbarians and our children will not become psycho killers. If you want to stop us killing whales, stop making us your enemies. 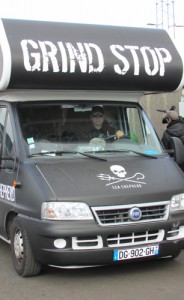 Photo was taken on June 17, 2014 in Tórshavn. Photo: Sasha Abdolmajid

Jákup speaks thus to the massive presence of Sea Shepherd this summer in the Faroe Islands. Some 500 activists have been recruited by the organisation in total, to be distributed over the islands during the summer; a few dozen at any one time.

A well-oiled machine, with two ships, four aluminium speedboats on trailers, as well as many vehicles. Professional media campaigns run in the American style, combined with the popular TV series “Whale Wars,” have ensured Paul Watson’s organisation a lot of money flowing into the coffers over the past few years.

The symbiosis works; the media get spectacle and ratings, while Sea Shepherd are ensured new sponsors, followers and members. Volunteer members as well, who travelled to the Faroe Islands at their own expense, usually with as much idealism as inexperience and misconceptions.

Nevertheless, so far this year less than 20 dolphins have been killed in the Faroe Islands (pilot whales are a species of dolphin), while the number was more than 1100 by this time last year.

Sea Shepherd, of course, attributes this to their own presence and there may be something in that, because the police presence is massive and the authorities are eager to avoid dangerous confrontations.

At least one pilot whale hunt was cancelled, although animals were close to the hunting area, but the reasons are complex and not many pilot whales have been spotted near the coast this summer.

The success claimed by the activists, is at the same time the problem: nothing is happening. For the media of course, this is very unattractive.

No spectacle means no show and therefore no publicity – and thus no great attention to the campaign and no new donations. So what will happen next year? Back to “normal” and thus numerous hunts? It remains to be seen.

Meanwhile some of the locals show a certain habituation to the Sea Shepherd activists. They have been behaving somewhat more discreetly than three years ago – and they bring money into the economy of these Vikings Islands. Life goes on…

Other Faroese however, apparently never get used to the presence of the activists. “They polarise the Faroese” says Jóhan, a local.

The pro whalers are now more eager than ever to prove that no-one from the outside will succeed in dictating to the Faroese how to live and what to eat.

In similar vein, Heðin Mortensen, mayor of the capital Tórshavn, emphasised in a radio interview, that in the future pilot whales will be driven to be killed in the Bay of Tórshavn, if they are sighted in a suitable location. At the same time, according to Paul Watson, a Sea Shepherd activist has been beaten up by locals.

Jákup grew up as almost all Faroese with the grindadráp. For him it is normal, it’s part of their “culture”. His opinion is representative of many Faroese, who were historically subjugated throughout the centuries by foreign powers and had struggled to survive in the harsh external conditions:

Stop pointing the finger at us. First clean up your own backyard.

The local speaks about the Canadian-US actress and ex Baywatch star Pamela Anderson, who visited the Faroe Islands in July for Sea Shepherd. 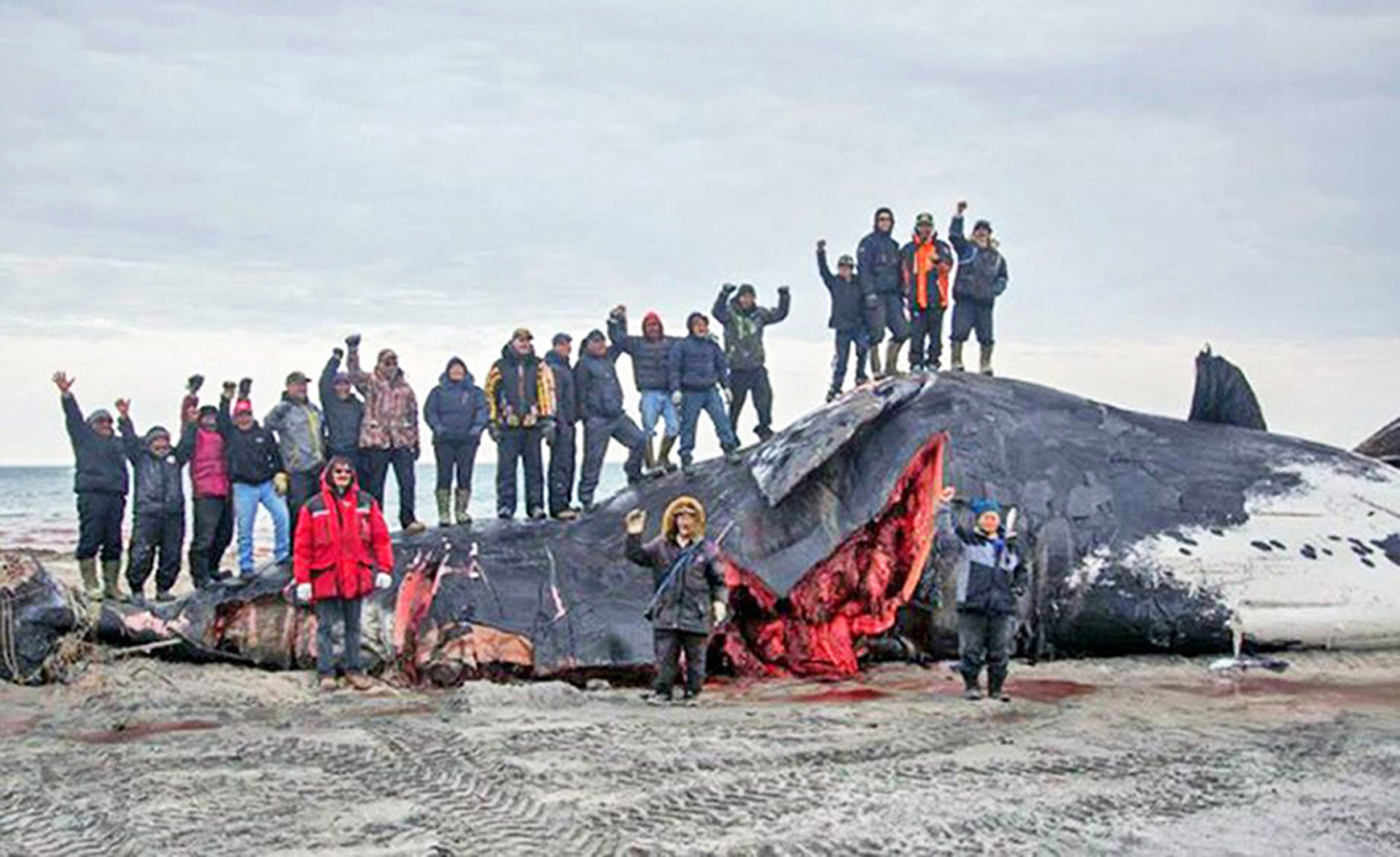 Why doesn’t she fight the whaling in her own country first? In the US and Canada more whales are killed annually than in the Faroes; endangered species such as the bowhead whale, and beluga and narwhal too. In addition, they are killed much more brutally than here, death can take many hours.

Arguments which one can hardly ignore. “The Inuit are considered to be indigenous people”, Jákup continues: “so their whaling is ignored. But we Faroese are the only people who have lived here on these islands for over a millennium. Does this not make us natives too? Or can’t I be native simply because I’m white?”

Jákup, like some others, stopped participating in the grindadráp a few years ago. And he knows: “There are good people here who are fighting the grind, Faroese people. Get to know them,” he urges. “Learn the real facts and support them. Listen and understand what you’re dealing with before taking action.”

Marna Olsen, a Faroese who is committed to ending the grindadráp, has recently published a website: GRINDABOÐ.FO. Currently the site is only in Faroese – from Faroese for other Faroese. However, an English translation will follow soon. 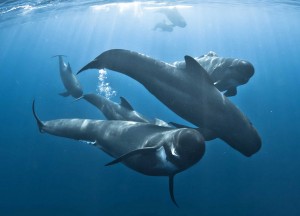 To give the pilot whales an identity and a voice: This is the aim of the Faroese website: GRINDABOÐ.FO

Olsen wants to “Give the pilot whales primarily an identity and a voice and provide more facts about them” with her website. “Such a thing has not existed here so far; although the pilot whale is something of a national animal, which people sometimes owed their survival to in past centuries.”

Although the website clearly positions itself against pilot whale hunting and the consumption of contaminated whale meat, it is not confrontational. Nevertheless, it has received considerable attention on the islands.

She has had a lot of positive reactions to the website, especially from those who know her. “They know that the welfare of all animals is important to me, not only that of the pilot whales,” says the 30-year-old vegetarian.

“I believe we should commonly deal with the planet as gently as possible.” Although Olsen still perceives a lot of support for the pilot whale hunt, she also experiences in her personal encounters with locals, a growing awareness of the unnecessary suffering caused by the hunts.

More and more Faroese are of the opinion that the hunt should stop. It is no longer necessary. The issue with the pollution plays a crucial role.

It is Olsen’s opinion that in the debate about the presence of Sea Shepherd and other activists, the pilot whale is sometimes almost forgotten:

If the Faroese set aside the debate about Sea Shepherd, what do they really think then about the grindadráp? What do they think about the fact that at each hunt the whole pod of whales is extinguished, including pregnant mothers and babies? What do they think about the fact that the whales suffer an enormous amount of stress and anxiety when they are chased into a bay, until they are stranded, and then have to experience how their family members are killed one after another until it’s their turn? We‘ve all got used to the images of the grindadráp, but what about the whales?

She learnt a lot about the pilot whale while she was creating the website GRINDABOÐ.FO says Marna Olsen. “And there’s far more to learn yet.”

*Having been attacked and threatened on multiple occasions, his first name only has been used.

Part I: When will the pilot whale hunt end in the Faroe Islands?