Whaling in Japan — a Propaganda Battle 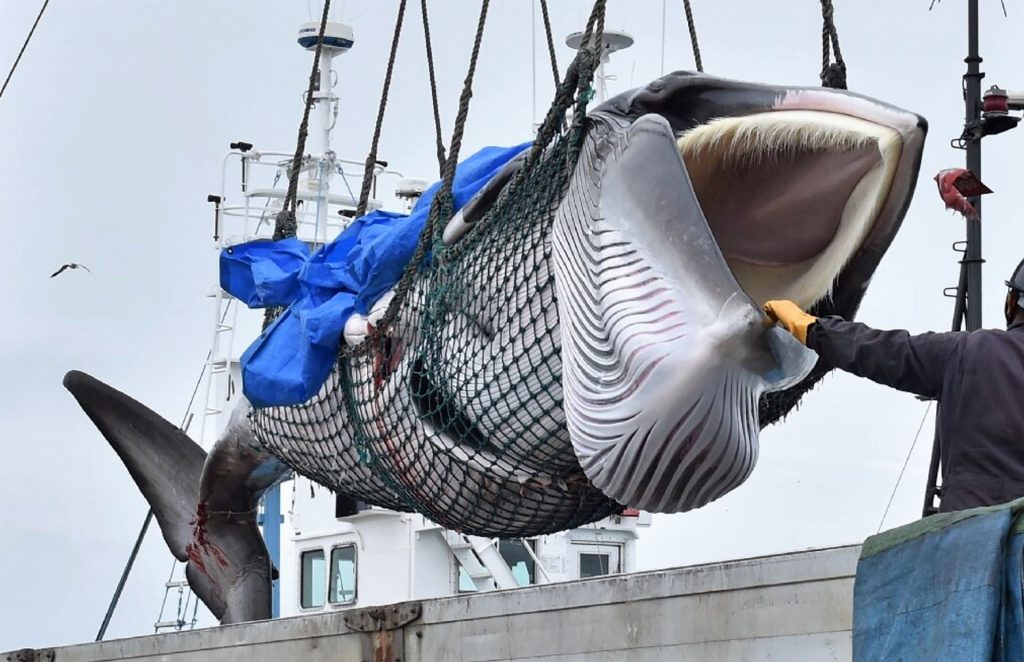 Guest-writer Mineto Meguro represents the Japanese non-profit organization (NPO) Animal Liberator, one of the few groups in Japan focusing on cetacean issues. He shares some thoughts and insights on whale and dolphin protection efforts currently underway in Japan.

Cetacean protection activities in Japan actually first began around 40 years ago. After the release of the 2009 film The Cove, attention on Taiji’s dolphin hunting situation grew, and increasing numbers of Japanese citizens slowly became aware of issues around dolphin and whale hunting. Since 2016, there has been a growth in momentum, particularly among those Japanese involved with veganism and animal rights activism. The current generation makes full use of social media networks and has achieved some results, effectively increasing the number of Japanese people participating in whale/dolphin protection activities.

Until fairly recently, information was gathered from books, treatises, the whaling industry, and the Fisheries Agency, resulting in relatively accurate information. But now, information is often gathered online, increasing the scale, quantity, and speed of information diffusion. However, care must be taken, as misunderstandings and misinformation are rampant, and this can impair activist’s work being taken seriously by experts and by society.

Mineto feels a clear understanding of the underlying social system is required to tackle these issues effectively. Careful thought is needed so that Japan’s cetacean protection activities can progress.

It is important to understand how information manipulation and censorship is being carried out in both public and private sectors in support of whaling. Even as citizens work hard to carry out activities to spread public awareness and information about whaling and dolphin hunting to society—the well-funded whaling industry carries out activities that impair the spread of such awareness to society. This represents a propaganda battle.

Regarding the recent cases of by-catch whales, awareness of cetacean by-catch has steadily spread among people who use social media. Certainly many more people became interested and sympathized with whales, and this led them to take action and complain to both national and local fisheries, as well as the Prefecture Governor. However, if you search on Google for mainstream media news coverage on the Taiji Minke whale incident in Japan, only 2 or 3 hits will be found. So coverage on this incident inside Japan was not very widespread outside of social media circles.  Nevertheless, the whaling industry is aware that things have changed.

Mineto observes that emotionally charged activities have the advantage of being able to hook and mobilize certain people. However, such activities often also wield an outlook of self-righteous justice. This approach excludes many people who do not already share such an outlook, or who are not emotionally connected to the issues, so this approach can limit effective outreach. Additionally, it is well known that such an attitude of “self-righteous justice” is also used by the whaling industry. When two approaches clash, conflict may result. Such conflict can prolong the problems and delay resolution. While emotional and incendiary activities have the power to move some individuals, Mineto feels a logical, calm and persuasive approach is required to move society as a whole towards change.

Japan’s current generation of cetacean protection activities are still inexperienced. Mineto says Japanese activists feel that they must grow in order to solve the whaling and dolphin-hunting problem. The current situation needs to be understood from a bird’s-eye view, to collect and analyze information, including about activities previously carried out and achieved by domestic and foreign organizations and activists. This can help us to consciously design and enact more effectual activities. Long-term goals and activities will be most effective if based on accurate and realistic setting of targets and time required. This movement will benefit from Japanese citizens who can help to engage society to change in a logical, reasonable and persuasive manner.

Mineto represents younger generations, people willing to learn from new information and adapt their behavior to make changes towards more compassionate, responsible choices. They stand in stark contrast to those clinging to old, crumbling paradigms. Vegan/vegetarianism in Japan represents growth, change, youth—in many ways the antithesis of the ‘old men’s club’ mentality that is the driver behind whaling—enjoying the wasteful privilege of spending millions in tax payers money on procuring tidbits of expensive whale meat—a product very few people in Japan have an interest in today.

Whaling proponents are quick to use buzzwords like sustainable and legal. But, as one I.W.C. Scientific Committee member once remarked, “What passes for ‘whale science’ in Norway and Japan, is not really considered legitimate in the eyes of the rest of the scientific community. When data becomes heavily politicized, important facts and figures may be ignored or suppressed.  As Mineto observes, in Japan, whaling is a propaganda war, as citizens fight to get accurate information past media barriers to balanced reporting on this highly controversial topic. 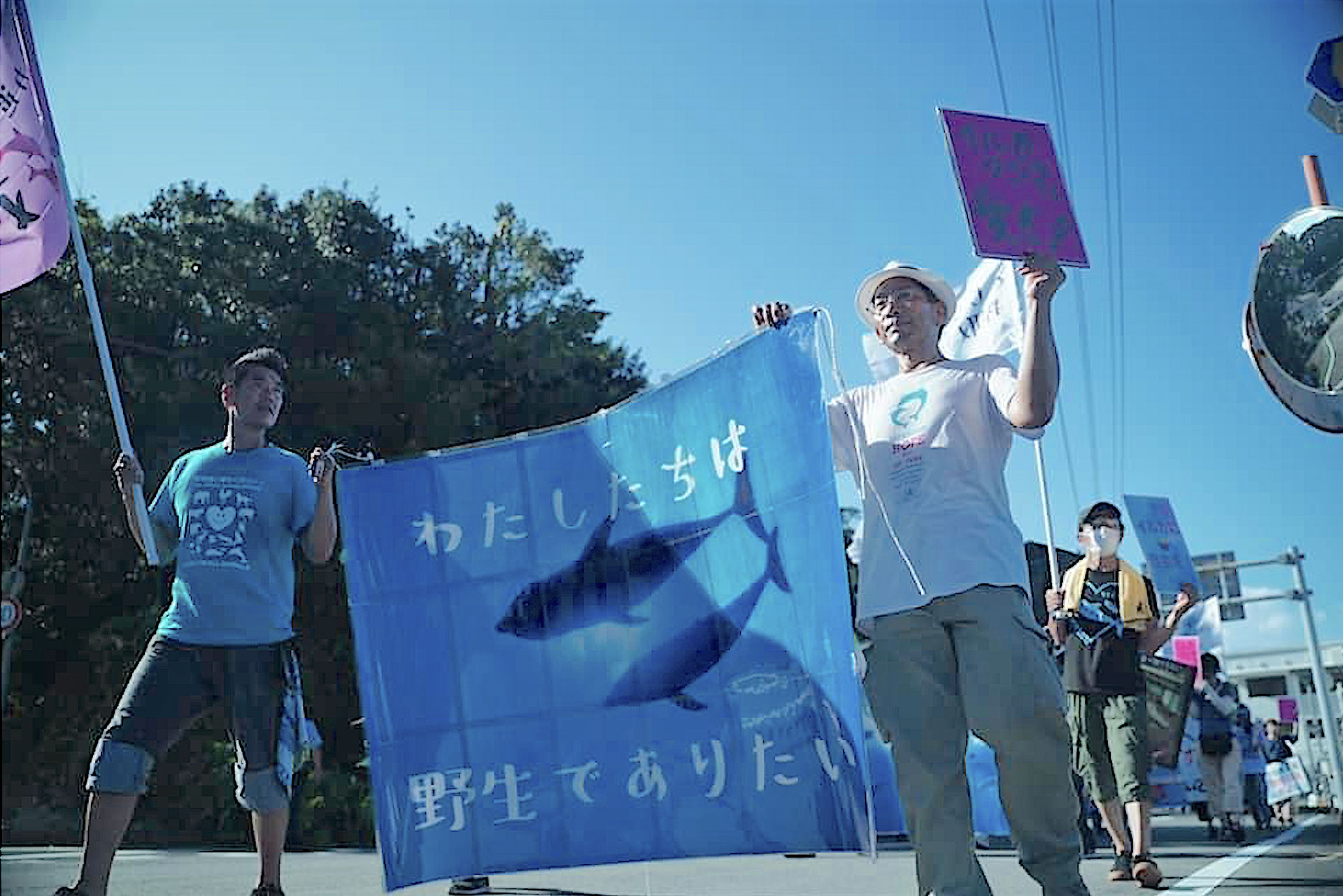 Currently, Japan’s entire whaling industry is estimated to employ only about 300 people, so at this point it’s fair to say Japanese vegans actually outnumber them. While both represent marginal groups, veganism grows daily in youth culture, while those who avidly support whaling or eat whale meat tend to be elderly, and so dwindle further every year.

Some Japanese experts advise that the massive tax-payer subsidies that whaling has enjoyed for so many long years be stopped.  Whale meat should be allowed to become subject to real market forces.  This would allow whaling to sink or swim, according to whatever real, actual demand still remains in Japan.  Most experts agree, the industry is unlikely to last long, simply because product demand is so low.

Additionally, whales and dolphins lack even the most basic protections that other wild animals in Japan have. This is because cetaceans have been removed from the purview of the Ministry of the Environment and are instead overseen by the Fisheries Agency. In Japan, whales and dolphins are not even officially recognized as wild animals, entitled to certain protections—but rather demoted to the status of mere “marine resources” to be used, abused, consumed and discarded.

Hopefully this situation can be changed, allowing cetaceans the basic protections afforded all other wild animals in Japan, under the jurisdiction of the Ministry of the Environment. Such changes are on Mineto’s agenda. To find out more about his work please visit: https://animal-liberator.net

This article is also available in French, German and Japanese

Leah Lemieux is an author and lecturer who has been working on dolphin protection, education and conservation initiatives for twenty-eight years, collaborating with individuals and NGOs from a number of countries, including the Jane Goodall Institute’s Roots & Shoots Environmental and Humanitarianprogram.