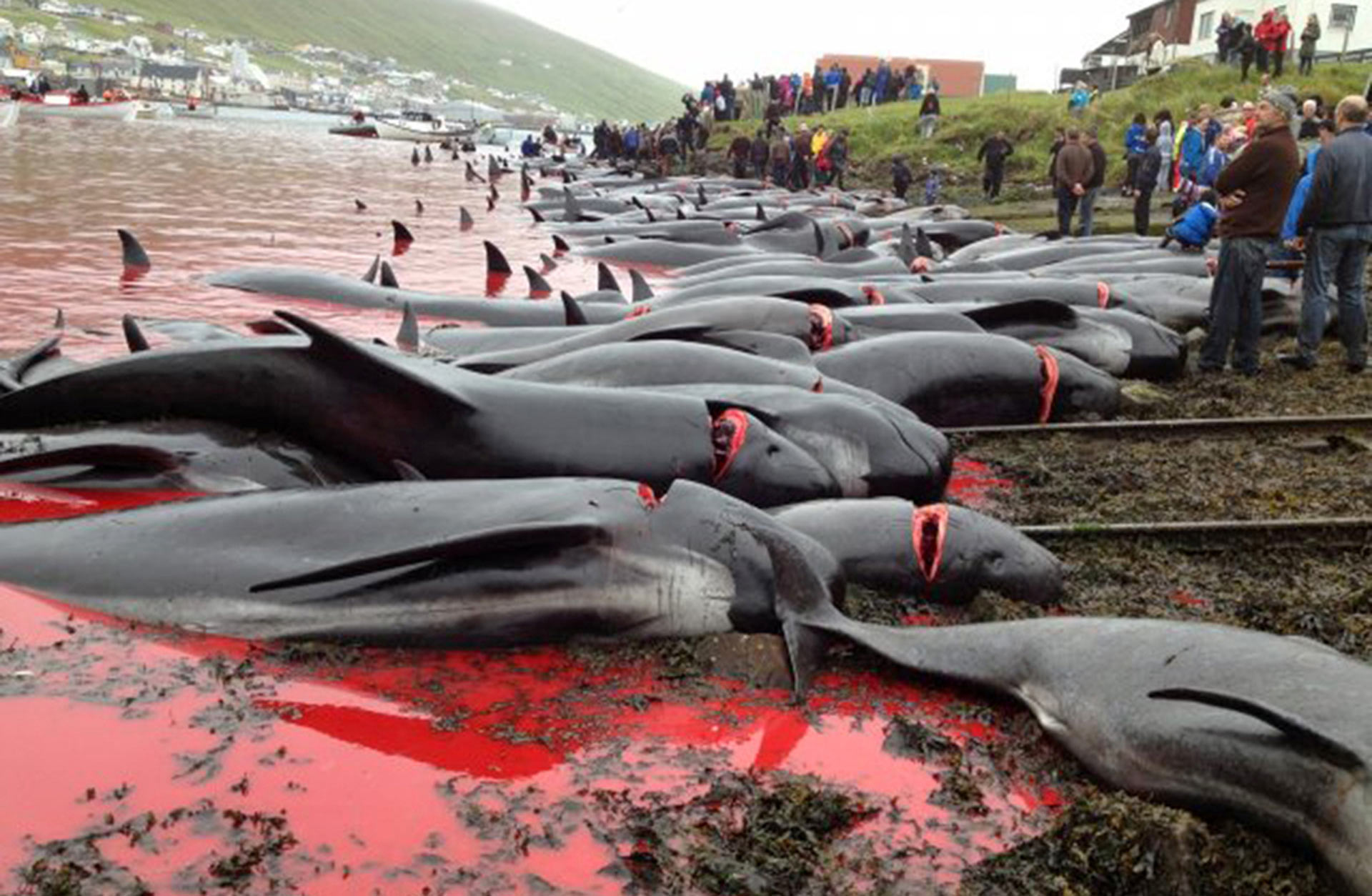 The radical actions of foreign opponents to the pilot whale hunt serves to trigger patriotic counter- actions in the Faroe Islands. The vast majority of Faroese critics of the drive hunts agree the behaviour of many foreign activists is counter-productive. Review of a turbulent and hopeful year.

(Part three of a three-part series)

Would you visit the Faroe Islands? The National Geographic Traveler conducted a comprehensive survey of 111 island communities worldwide. A panel of 522 well-travelled experts in sustainable tourism assessed the islands, rating them on a list of the most unspoiled. The Faroe Islands came out on top as the most appealing destination in the world. (Source: faroeislands.com)

This, despite the fact that the pilot whale hunt (grindadráp) undoubtedly does deter some people from travelling to the Faroe Islands as tourists. At the same time, the islands have attracted much publicity as a result of the debate on the drive hunts, for example through ‘Viking Shores’ aired by the Animal Planet TV series about the actions of the Sea Shepherd Conservation Society (SSCS) in the Faroe Islands in 2011.

This has attracted the interest of many tourists, including those who were not previously aware of the Faroes, for a trip to this Nordic northern island state, says the Faroese tourism manager, Gudrid Højgaard. (Source: in.fo)

Travelling to the Faroes at this time of year is not such an attractive option however, because the darkest times have begun. December sees but a few hours of daylight each day at this latitude of 62 degrees North. One storm follows another. The grindaráp season is definitely over for this year. From the perspective of whale and dolphin protectors, 2014 was a success. Only two hunts took place this year, compared to the 12 of the previous year.

This is always somewhat controversial, since even the Faroese pilot whale hunting experts and pilot whaling advocates express suspicion that the locals there sometimes conduct so-called “assisted strandings”. One thing is certain: the locals do not attempt any rescue efforts in stranding cases such as these, instead using it as an opportunity to kill the whales for food.

In brief: In 2014 just 53 cetaceans – 48 pilot whales and 5 bottlenose whales – were killed. Last year it was 1534, almost 30 times the number! What are the reasons for this collapse in the numbers of dolphins killed (pilot whales are dolphins)?

Undoubtedly there are several factors. These include the weather, ocean currents, migration paths and the distribution and abundance of squid which is the main prey of the pilot whales. Human influences also play a role, as well as the impacts of climate change, which are more noticeable in the far North. 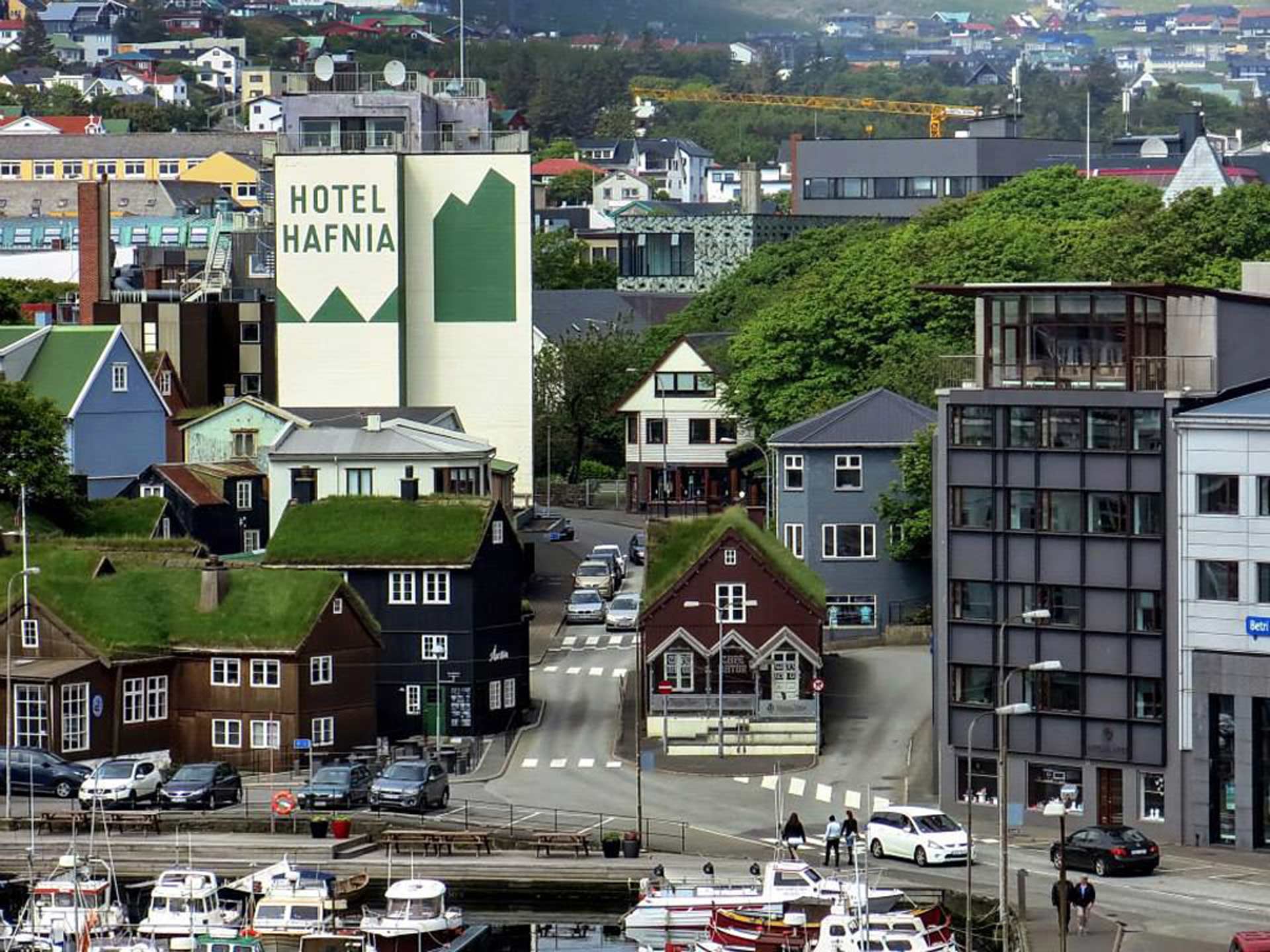 Tórshavn is the capital city of the Faroe Islands. Located in the southern part of Streymoy Island, the town has about 13,000 inhabitants (2008), the greater urban area 19,000. Photo: Ingi Sørensen

In 2008, no whale hunts took place, simply because no animals were sighted within hunting distance of the designated killing bays. Coincidentally, it was also in 2008 that the Faroese health authority started to officially discourage the consumption of pilot whale meat, because of the risk of the high mercury levels contained in the meat causing Parkinson’s disease.

We regret having to make this recommendation. The pilot whale served the Faroese over many centuries and probably saved the lives of many people during this period. But times change and so does the environment; we believe this recommendation is necessary for health reasons.

The Faroese Health Minister Hans Pauli Strøm supported the recommendation, but stressed it should be based on individual decisions. However, the Ministry of Health has not made any official recommendations on pilot whale consumption.

While Weihe consistently continues to promote a zero-diet of pilot whale meat due to the extremely high mercury levels, he says that the Ministry of Industry (The Food Agency) has “an alternative somewhat more liberal recommendation.” They have recommended a new maximum level of mercury intake, which is based on the consumption of all seafood. Fish also contains mercury, but in much smaller concentrations than whale meat, as Pál Weihe has pointed out. He does not agree with these recommendations.

Are there other reasons for the very low numbers hunted this year? Did the presence of SSCS on the islands with their ‘Operation Grind Stop 2014‘ have an impact? Probably yes, but only a little.

Both the Faroese authorities, and also Denmark, which is responsible for policing in the Faroe Islands, had serious safety concerns. It can therefore be assumed that a few hunts were not conducted in order to avoid escalation, and also that SSCS may have succeeded in a few cases, to chase pilot whales away when they attempted to approach the islands. 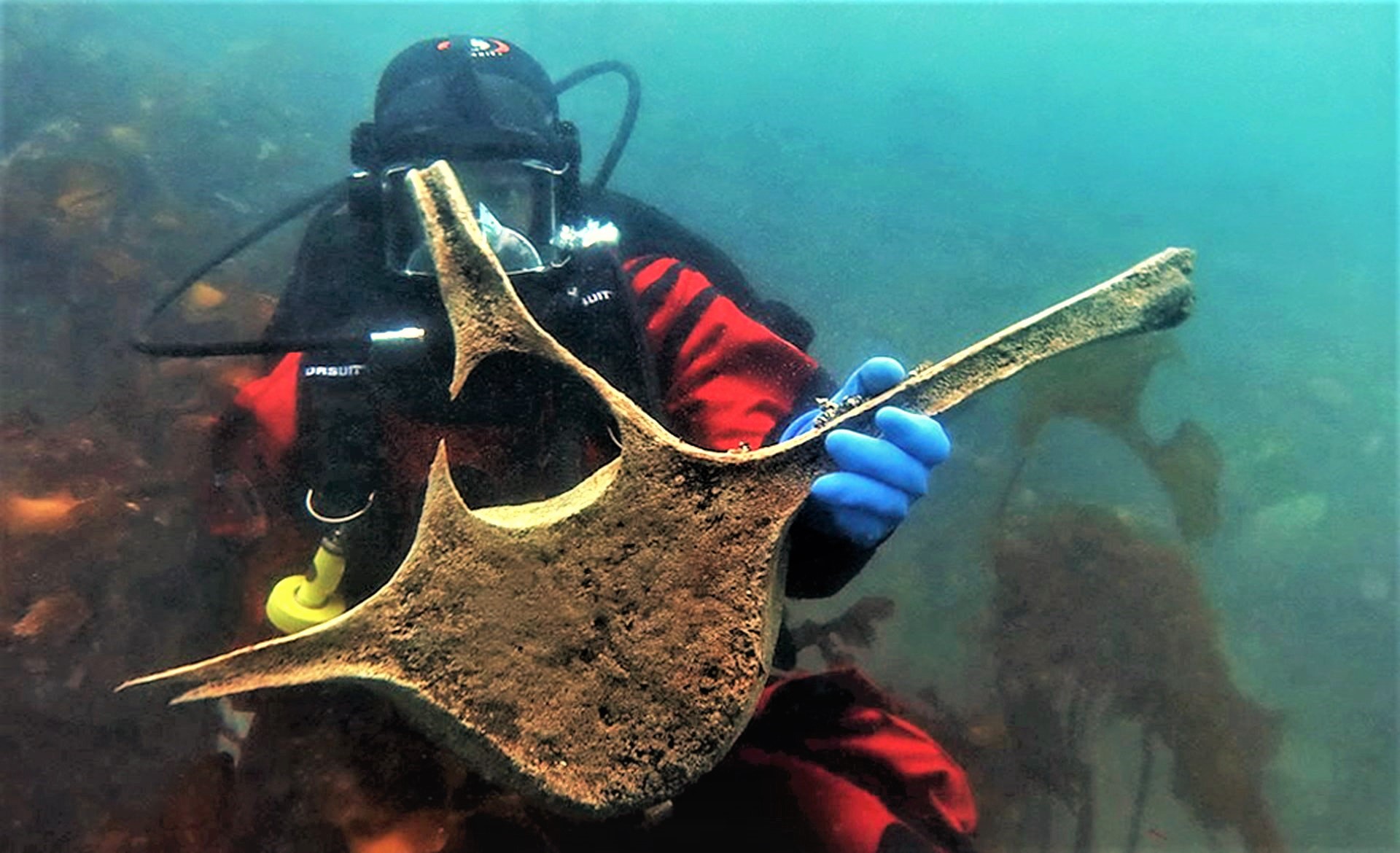 But all in all 2014 was – similarly to 2008 – simply a “bad year” of catch, with only a few sightings. When asked whether SSCS contribute anything to his recommendations that the Faroese should no longer consume pilot whale meat, Pál Weihe vehemently says no. SSCS have not even contacted him.

The attention that SSCS gets distracts from my work. Their actions provoke a kind of patriotic counter reflex on the islands to hold on to the tradition – and reinforces the notion that the pilot whale hunt is simply part of the national identity.

According to an online Faroese article Tjóðveldi, the Republican opposition party introduced a bill to the Faroese National Assembly in October, which aims to prohibit the presence of such organisations in the Faroes in cases where they intend or threaten to break the law.

29 out of the 33 members in the Faroese Parliament, “Løgting” endorse such a law. The initiators hope the bill will be adopted before May 1st, 2015. Although not explicitly stated, such a law would primarily be an “Anti-Sea Shepherd-law.”

If it were not for the outside pressure, I believe that most of the Faroese population would have already followed my advice. It would be easier to communicate and for my recommendations to be accepted. The whole atmosphere around the health-care debate would be so much more relaxed,

says Pál Weihe. He believes the health issue is the only one that can currently stop the pilot whale hunt.

I wish the activists would instead help to spread my studies worldwide, because much of what happens in the Faroese microcosm reflects what is happening globally.

The senior physician believes that if activists want to protect cetaceans effectively, they would be better advised to lobby their own governments to stop polluting the oceans. “Put the politicians and the responsible authorities under pressure. This can work.”

In the chemical pollution of the oceans, he has perceived some changes:

While mercury currently remains relatively stable at high levels, the concentration of PCBs decreases. At the same time, there are always new chemicals entering the environment and therefore also the oceans. 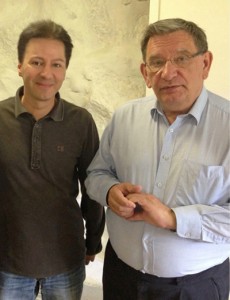 Pál Weihe estimates that the pilot whale hunts will gradually die out over the next 10 to 15 years – “perhaps even earlier.” But overall, the Faroese would have little understanding of whatever activists “say about whales and their nature.”

Accordingly, the Faroese have little interest in the results of the resolution the UN adopted in November 2014, regardless of whether it is ground breaking from an animal welfare point of view or not.

The resolution, which was adopted in consensus at the Conference of the Bonn Convention parties, is about the importance of the culture of whales and dolphins. In signing it, 120 member states recognised that some socially complex mammalian species (such as various species of whales and dolphins) dispose of a “non-human culture.”

The resolution states, amongst other things, that the scientific study of culture and social complexity in mammals supplies important reasons for the protection of species.

It may also be why it would not occur to local opponents of the grindadráp to publicly demonstrate against the hunts. This type of “conflict-culture” traditionally does not exist in the Faroe Islands and the gap between supporters and the (much smaller) opposition is simply not deep enough.

So explains Rúni Nielsen, being a moderate and pragmatic opponent of the Faroese pilot whale hunt himself. “In addition, almost everybody agrees that it is just a matter of time before the grind only exists in history books anyway.”

This is why the opponents of the drive hunts work discreetly, gently and carefully – as for example, with Faroese citizen Marna Frida Olsen, whose website Project GRINDABOÐ.FO is gradually expanding. Her website is now also available in English.

Finally, once again, very many thanks to the Faroe Islanders for their openness, warmth and hospitality.

Part I: When will the pilot whale hunt end in the Faroe Islands?

Part II:  From the Faroese perspective — the Pilot whale hunt