It is not the dolphins that stand for therapeutic success, but the special situation, in which the child is in the center of everything. Image: Wikipedia 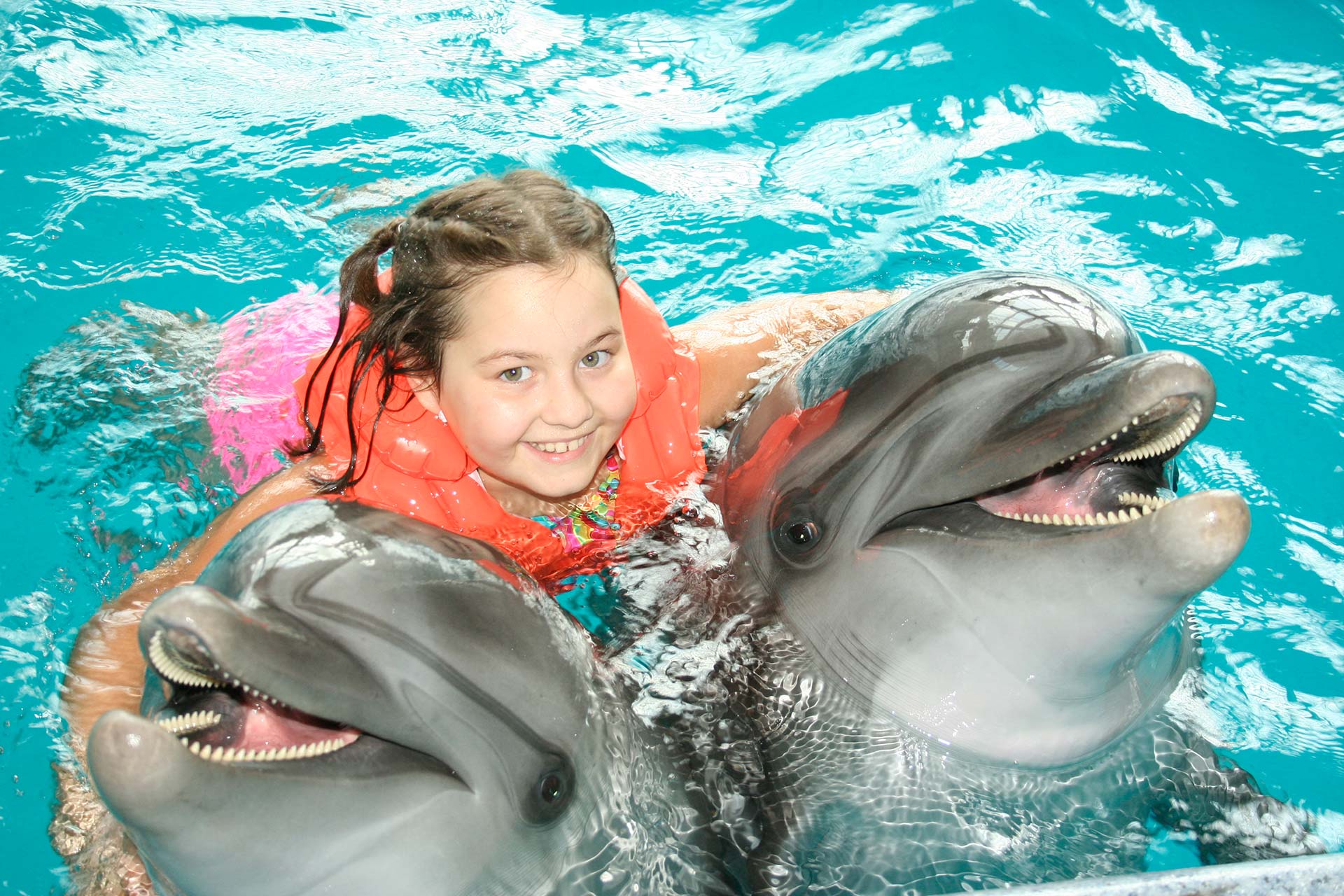 It is not the dolphins that stand for therapeutic success, but the special situation, in which the child is in the center of everything. Image: Darkenrau/Wikipedia

By Stefanie Ann Will, Tauchen

Before we get into dolphin therapy, please clarify for general understanding, what is the core element of animal-assisted therapy?

The most important element is the interaction between patient and animal. This can have different functions, but mostly it is about the child gaining confidence and being introduced to his or her own physicality with and through the animal. To do this, they have to discover, one-on-one, which interactions work and which do not. While many of the young patients have extensive experience with doctors and therapists, these are human authority figures, who are associated with power.

The goal of animal-assisted therapy is to try to break up such familiar patterns. There is always a therapist or trainer, who can intervene, if something happens, but in principle the interaction is based on a non-verbal and direct dialogue between the patient and the therapy animal. However, with dolphin therapy, this is normally not possible, or only in the rarest of cases. 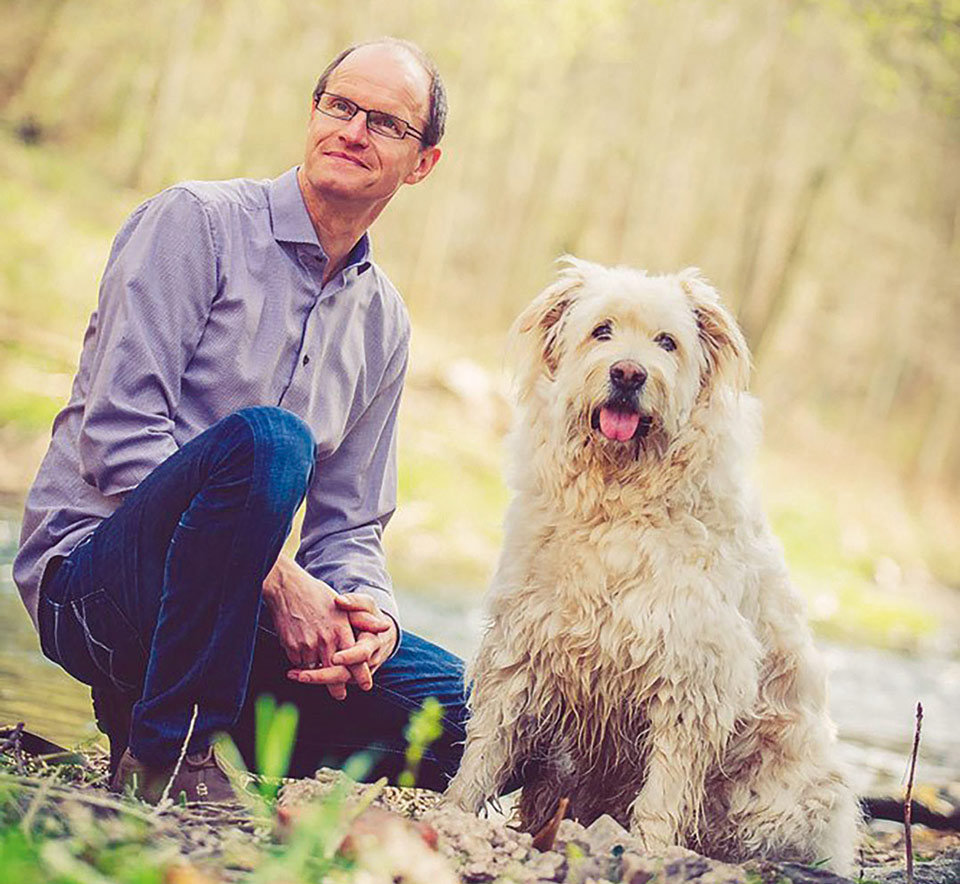 So is dolphin therapy useful?

Not at all. If you look at the normal setting for dolphin therapy, you can see that the trainer and the therapist always work together. The latter cares for the child, the former for the dolphin. Every interaction between the patient and the dolphin is rewarded by a whistle, which signals a food reward. This is the same trained behavior that you can see at dolphin shows.

As a result, the only person the dolphin really focuses attention upon—is the trainer—not the patient. The child can basically do what he or she wants, but the dolphin will only do what the trainer instructs him to do. Thus, there is no actual or spontaneous interaction at all in dolphin therapy.

Why is dolphin therapy so popular anyway?

I believe that it has much more to do with what is going on in the minds of the parents, than with the experience had by the children. The families that are reported in the media are mostly the ones who have received donations, and they hope to be able to generate further donations with their appearance on television. They are likely invested in reporting on the success of dolphin therapy and naturally keen to emphasize how well it worked. For the children, it means that they spend a few weeks with their parents on vacation in a pleasant and novel setting, and of course, that is a nice experience for them.

So it’s more the environment that has a positive effect?

Yes. The parents are relaxed, the child is the focus and receives all-round care, and unsurprisingly, this has a great effect. I did observe great things myself. A boy, ten or eleven, for the first time in his life found the strength to grab hold onto something, namely the dolphin’s dorsal fin. He came out of the water so enthusiastically that I almost had tears in my eyes. It was an impressive experience.

The media gladly takes up “successes” like these, and the dolphins are assumed to be responsible for any such breakthroughs. However, in reality it is unlikely that this is true. I believe that in this case, the environment was primarily responsible, particularly the water, because the boy experienced buoyancy and reduced weight in the water.

But the parents believe in the healing

That’s the moment when the imagination comes into play. The parents are influenced by the media, but also by our culture. There are reports of solitary wild dolphins that are seeking interaction with humans. That really exists, and people lucky enough to experience this may have an amazing encounter. But it is fundamentally wrong to take such isolated cases as general examples.

Are these dolphins only used for therapy?

No. In most cases, they are also used in swimming programs. This means: any paying guest can go into the water with the dolphins, to touch and swim with them. 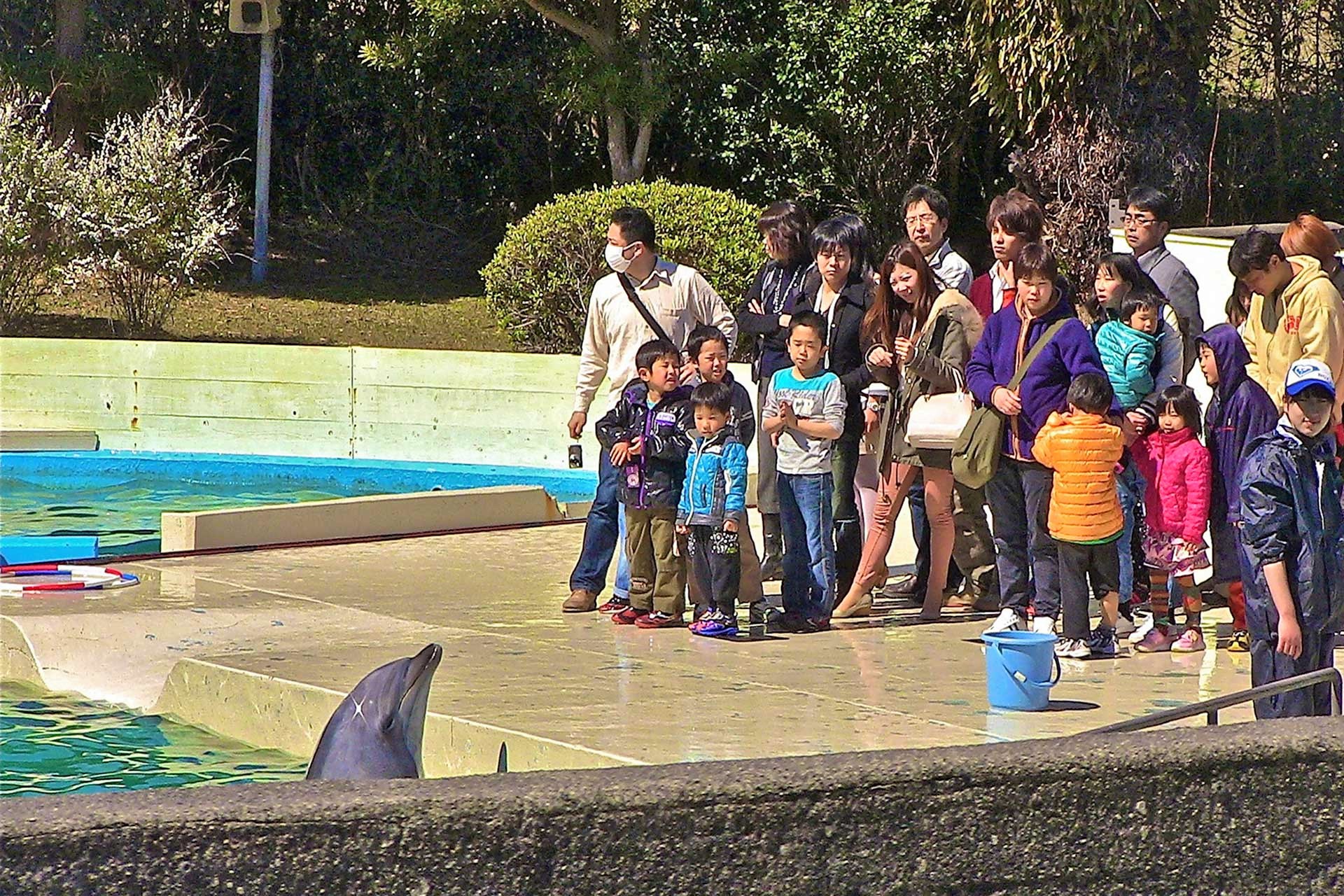 A group of children await a close experience with a captive dolphin toted as “therapeutic” by the aquarium. Image: Leah Lemieux

What does that mean for the dolphins?

All you have to do is think about what the normal everyday life of the animal looks like in freedom compared to that in captivity. The one has nothing to do with the other. The group composition, commonly found in dolphinaria, would never exist in the wild. Depending on the phases of life, wild dolphins’ natural social groupings vary. Male dolphins form extremely close interlinked bonds with other males that can last a lifetime, while females mostly team up with other females to share care and protection of the young. Such natural social organization is impossible within dolphinaria. And that’s my main criticism of keeping animals in captivity.

Attempts are made to solve the problem with medication

Yes, a legally enforced inspection of files in the Nuremberg dolphinarium, revealed that young male dolphins were being given female hormones so to curb male instincts. If aggression occurred, psychotropic drugs were administered.

What about the keeping of the animals?

This is another point why I am against it. It starts with feeding: When dolphins are caught, (and removed from the ocean), they first have to get used to eating dead fish over several days. So they are more or less held by force and forced to eat the dead fish until they become accustomed to this unnatural food source. Then they have to learn to swim through gates, something they would never do that in the wild.

Dolphins are three-dimensional creatures and are extremely reluctant to move around edges, corners and walls. That’s why the esoteric image of the dolphin swimming through a coral reef is utter nonsense. There are a few exceptions, but that’s where the dolphins learned to overcome this natural fear, for example to improve hunting performance.

Patients seemingly already have been injured by dolphins

Basically, animal-assisted therapy is always associated with risks. There is a global umbrella organization for therapists who work with animals and they only accept therapists who work with domesticated animals. So someone who conducts dolphin therapy, doesn’t even get into the association. Dolphins are wild animals that do not see us as social partners. In the case of domesticated animals, one can also select from those with a range of character traits that are best suited for therapy. With therapy dolphins, you do not have this choice.

Dr Karsten Brensing is a marine biologist and behavioral scientist with a doctorate. He has written several books and was the scientific director of the Germany office of the international whale and dolphin protection organization WDC. He founded the Individual Rights Initiative (IRI), which campaigns for the personal rights of animals, in order to improve their protection.