The absurdity of shark hunting 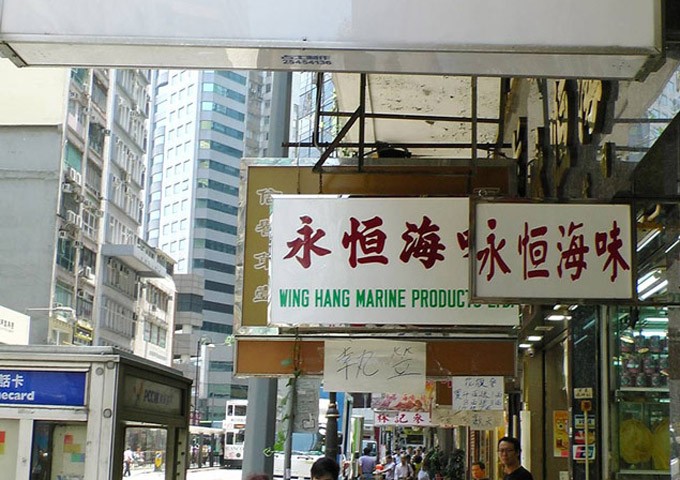 A tour of Hong Kong’s shark fin trading quarters is the harrowing testimony to how openly such products are still being traded. In addition, there are direct connections between shark hunting and dolphin hunting – and from this again to the aquarium industry. 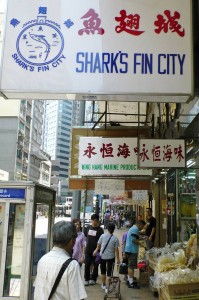 “Are these not shark fins?” Actually, we had just intended to explore the area close to our hotel in Hong Kong, but as soon as we were in the ‘Des Voeux Road’, a traditional shopping street, marine conservationist Sasha Abdolmajid stood outside a shop, pointing to a shelf. There, piled high, were cartilaginous, yellowish-beige, bleached animal products. Their shape made it clear at once: these were shark fins …

Shock. Bewilderment. Not only because we had unexpectedly found ourselves standing there in front of shark fins, but also because of the quantity. There were shelves full of them – cut, dried shark fins in countless bags. Perplexed we walked on – only to find that almost every shop was quite openly offering the same thing: shark fins.

There must have been hundreds of thousands of them that we could see in a distance of perhaps 400 metres on one side of the street side and then back again. Some were small, others were downright gigantic. Horrified, we even discovered a whale shark fin. And this was only looking in the shop windows, not in the warehouses and backyards connected to them …

A real nightmare. We were quite by accident in the middle of this quarter where shark fins are sold, and in China these are coveted to make a totally bland shark fin soup. Some traders chased us away when we wanted to photograph and film, but others welcomed us and spoke openly to the camera, as if they were talking about jam or preserves. Business is not good, they reported. Demand has plummeted by about two thirds and that is why the shelves were crowded – the sluggish sales mean the fins are just shelf warmers. With all the horror, at least one small ray of hope …

But the images stick in my mind for days. In my mind’s eye I can see all these sharks swimming in the ocean. The way I’ve seen it firsthand when diving, in documentaries, and also in the videos for project ‘Vision NEMO’, the multimedia and interactive gateway to the ocean of the ‘Fondation Franz Weber‘ (FFW). Tens of thousands, hundreds of thousands of sharks have lost their lives for trade in this one road alone, all for the sake of a dry, tough, tasteless body part.

I see in my mind’s eye how these beautiful, highly sensitive beings, that are perfectly adapted to their environment, and that as “health police” play an absolutely central key role in the balance of the oceans, are caught. A millionfold. How they writhe in agony at the large fishing hook on which they hang with all their weight, pierced and with their mouths bleeding. As they are dragged with brutal violence on board – where men wait with sharp knives … and cut off all their fins. The sharks are alive! And they are maimed – alive! And then thrown back into the sea. Slowly, under nameless torments they perish …

Hong Kong is a hub for shark fins from around the world – even from Peru and Indonesia. Humans hunting the hunters of the seas, with particularly brutal excesses. Dolphin meat is often used as bait on the hooks. According to estimates of the FFW’s partner organisation ‘OceanCare‘, around 15,000 dolphins die a horrible death at the hands of shark killers in Peru every year. So consumers of shark fin soup in East Asia are also responsible for the largest dolphin massacre on Earth.

These shocking facts indirectly illustrate the backdrop to the aquarium industry. In the Japanese fishing village of Taiji, the lucrative live-sale of dolphins to dolphinaria is the motivation which keeps the dolphin hunt alive, and hundreds of marine mammals are still slaughtered there every year.

Nevertheless, aquaria and dolphinaria never tire of claiming they offer “environmental education” and “awareness” to the public, to conceal their purely commercial intentions. An absurdity because Japan, the country with the highest number of dolphinaria in the world, is also the world’s only country where the systematic slaughter of different dolphin species is still legal.

“Education” and “awareness”? China, a country with dozens of large aquaria which display sharks, is by its hunger for shark fins – though finally decreasing – still responsible for ensuring that millions of sharks die under the knives of the shark hunters.

And before aquarium operators in Western countries hypocritically point the finger in the direction of East Asia with the assertion that everything is better here, it should be emphasised that sharks are hunted for entertainment for our local aquaria too – including the planned ‘Oceanarium’ in Basel, Switzerland, if it should be built. Wildlife species which have been decimated in numbers and are endangered, captured under the pretext of “education” and “awareness” – how does that work? 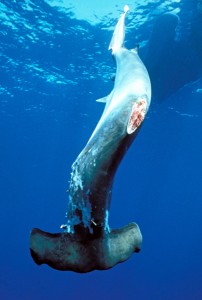 Vision NEMO as a solution

Hope and consolation are conveyed by two things, however. Firstly, a current video from Mexico of an encounter with a seven-meter-long great white shark; proving there are still some giant specimens of this highly endangered species still existing. The shark was a pregnant female.

And secondly, Vision NEMO, for which the top Swiss top diver and ambassador for the project, Roger “Sharkman” Michel, succeeded in capturing unique video footage of encounters with great whites in open water, showing the perfect elegance and beauty of these majestic animals, as they peacefully swum past him.

Once again it is vividly clear: aquaria are an antiquated relic of the last century; harmful to the environment, torment for the animals and of no use for the much needed sensitisation of people to the ocean and its inhabitants. The modern solution is obvious: project Vision NEMO, the multimedia and interactive window to the ocean.

This article is also available in French, German, Spanish and Chinese.

Learn more about illegal dolphin slaughter in Peru at BlueVoice.org