The corpse of a dolphin is removed from a pen in Taiji. He has not survived the stressful capture. Photo: Ric O’Barry’s Dolphin Project

Dolphins suffer in captivity. These highly intelligent and self-aware creatures cannot be humanely kept in captivity. Therefore, a change in thinking in dealing with them is urgently required. 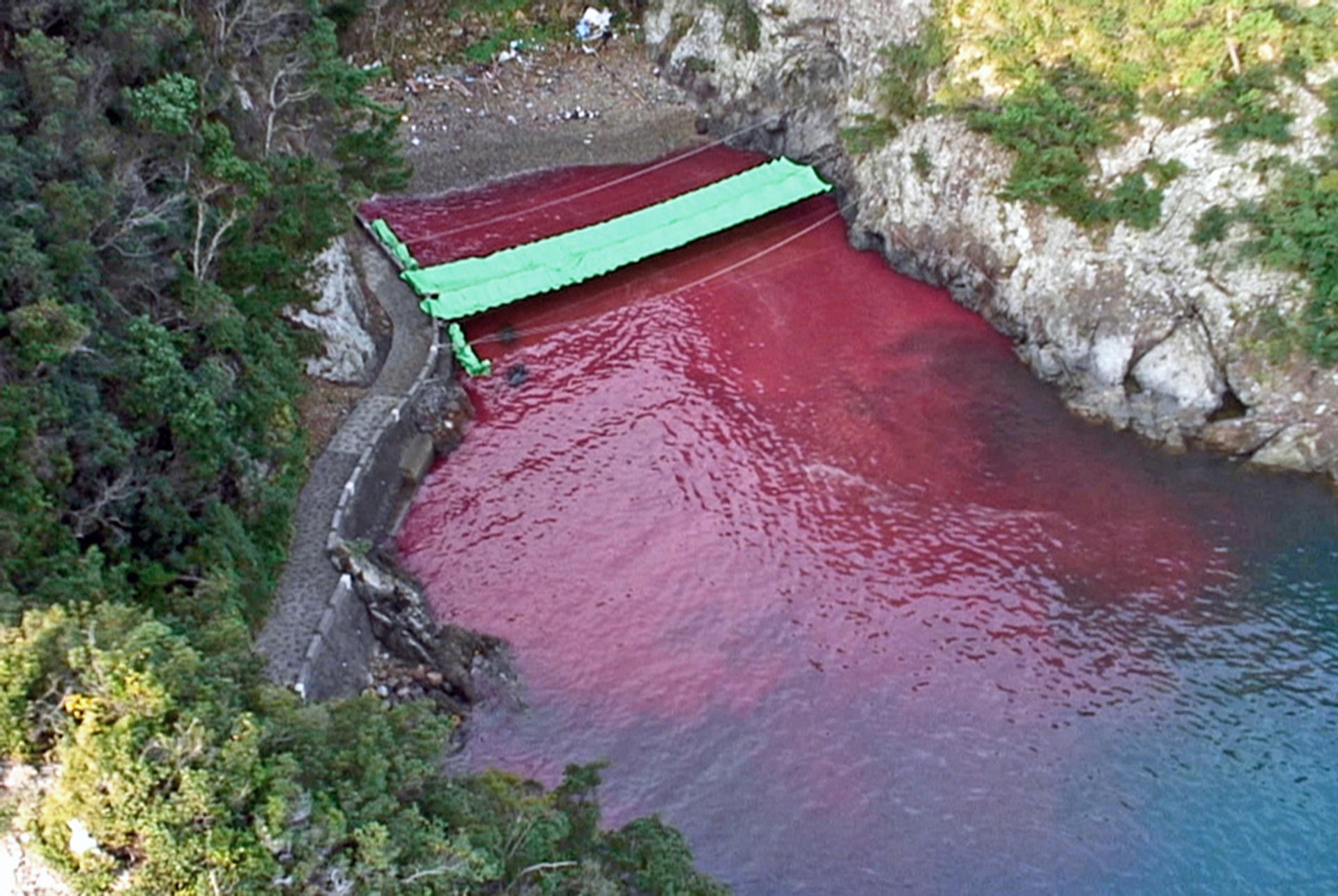 Blood stains the sea at the Cove of Taiji in Japan, after a dolphin slaughter. Photo: Oceanic Preservation Society (OPS)

T he film The Cove shows dolphins in the wild, who swim up to a sixty miles per day. And it shows these intelligent marine mammals as they perish of boredom and disease in captivity. Three years ago, it caused a sensation winning the Oscar for best documentary. The film electrified me. The images stayed with me. Dolphins are smiling – even while dying. They cannot help it. The physiognomy of their rostrum is simply shaped that way.

There was a need to do something because the suffering of these highly sensitive, social creatures is not relegated to history, it is happening now. The darkest part of the film is the dolphin hunt in Taiji, a small fishing village in southern Japan. First the hunters drive dolphins with boats into a narrow, hidden, rocky cove. Then they separate the most beautiful animals for dolphinaria before the rest, the vast majority, are slaughtered for their meat.

Taiji is the world’s largest exporter of wild-caught dolphins. In the last hunting season, the incredible number of 247 dolphins were captured for live sale and about 900 were slaughtered. The season, which lasts from September to March, is underway again now. 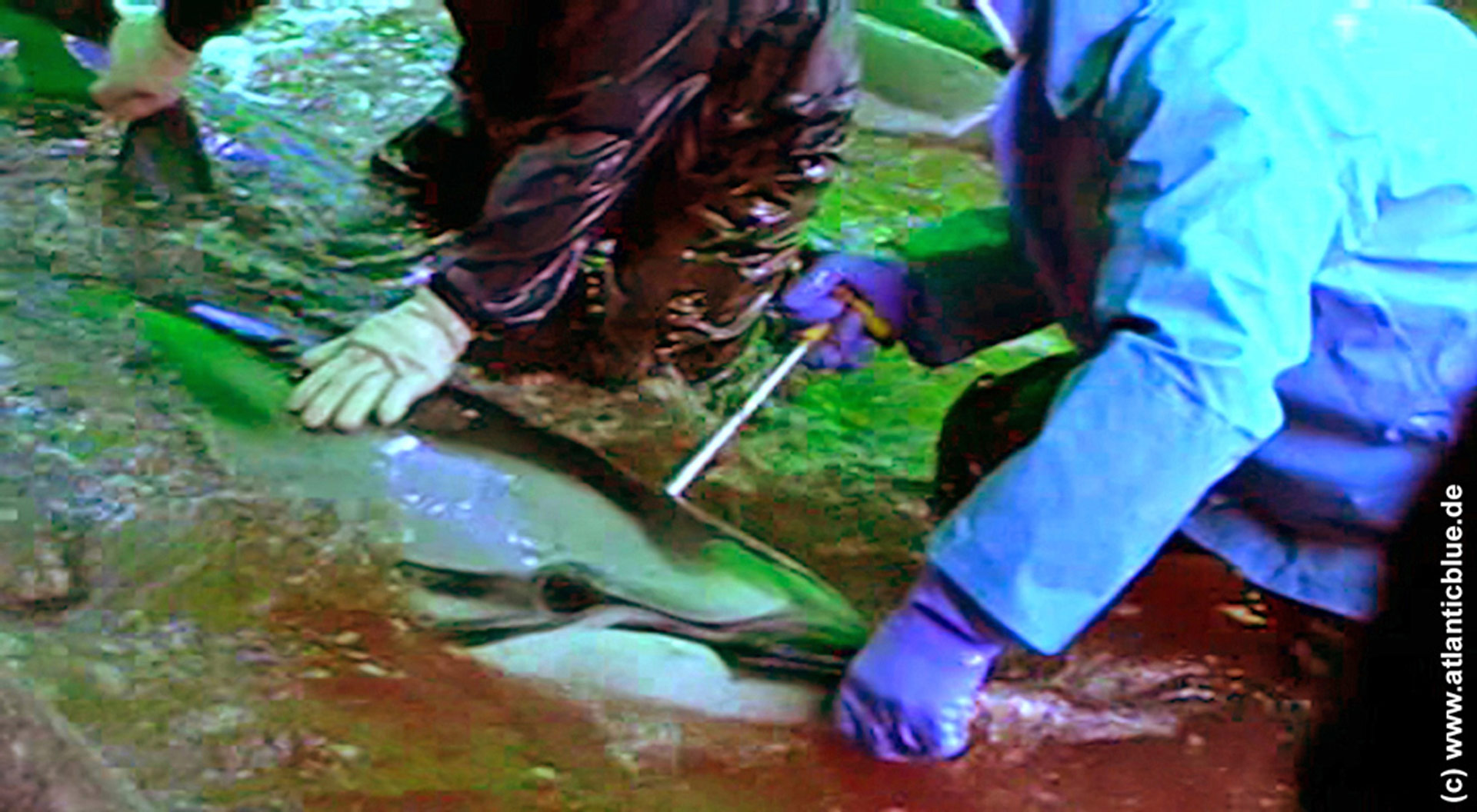 A hunter rams a sharp metal rod into the dolphin’s spinal column causing paralysis and eventual death. This slow and painful method of killing is condemned by scientists as cruel and inhumane. Photo: Atlanticblue

It is an extremely lucrative business, which makes the dolphin hunt profitable. Up to $100,000 can be paid for a single trained dolphin. The money received from the dolphinaria industry drives the hunting and also the demand for wild-caught dolphins. Without the live captures, the dolphin hunt would not be viable. The only way of stopping this, is to avoid dolphinaria and marine parks.

Further research led to the discovery that Japanese dolphin hunting is a far reaching problem. Worldwide, these self-aware creatures are exploited by captive facilities. The ‘cash cows’ of the sea serve as clowns and even therapists. Dolphins captured in Taiji, who were snatched from their butchered families, are also sent here, to Europe – to the Ukraine or Turkey for example, where unknowing tourists pay to be delighted by them. 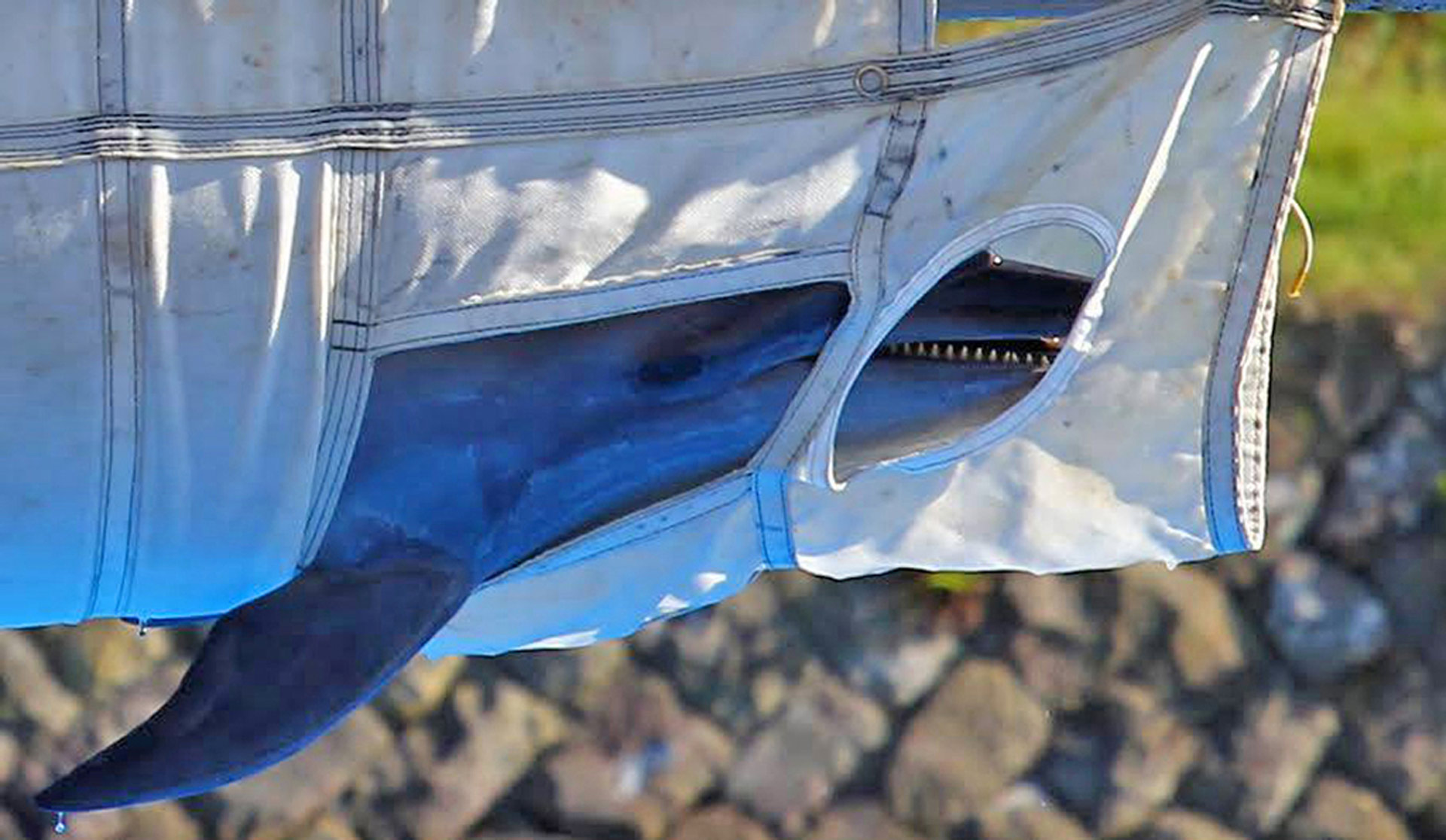 The corpse of a dolphin is removed from a pen in Taiji. He has not survived the stressful capture. Photo: Dolphin Project

It’s not what you say, but how you say it

The Cove documentary had such a powerful message, that I organised screenings of the film in my home city, and distributed dozens of DVD‘s for presentation at schools. The huge positive response was very encouraging.

But the dolphin drives were something that needed to be witnessed firsthand, and so I travelled to the Faroe Islands in Europe. Dolphins are also slaughtered there in a hunt called the ‘grindadráp‘. Being there was a key experience for me.

Later in Japan, just as in the Faroe Islands, I found the local people to be surprisingly friendly and open, and any images of an “enemy” quickly collapsed. Since then I have realised that to point the finger at others is unproductive. Whether in the Faroe Islands or in Japan, the solution lies in education and cooperation rather than confrontation.

Understanding from the inside

To advocate for a cause requires much research and an understanding of its history. Aggression and animosity do not work. I met other activists who proceed more cautiously. 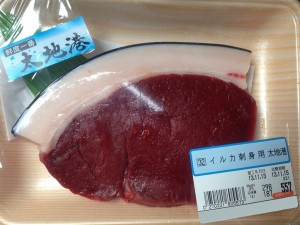 On a visit to Japan last autumn, the experiences of the Faroe Islands were repeated. The dolphin hunts can never be excused, but I appreciated the friendly cultures and the new people I met. To solve a problem requires understanding it from the inside out.

It is alien to me how someone can kill a whale or dolphin, or cram one into a tiny pool but, even with an opposing view, I came to appreciate the people who kill whales as humans too. Today, I am able to talk openly to them about this controversial topic, and they listen. There is courage and hope in this.

On our own doorstep…

My most important finding however, was to put your own house in order. How can we ask others to change if we’re not willing to do so ourselves? I returned to Germany, since there is in fact enough to do here.

Adequate welfare conditions are not possible for many reasons. It is virtually impossible to get a natural, social set-up. The animals are torn from their communities and artificially brought together. The enclosures are too small to hold a natural group, so that young males need to be separated at a certain age. They are deprived of their normal lives. Also, in captivity, calf mortality is a major problem and breeding is not sustainable. Source

Switzerland has taken a progressive view. The import of dolphins has been banned and the recent transfer of the final two dolphins to another facility has marked the end of dolphin captivity there. Several other European countries are also dolphinaria-free – the UK, Norway and Croatia, for instance.

Particularly exemplary is the legislation in India. In May 2013, the Ministry of Environment and Forests banned dolphinaria declaring it “immoral” to keep such sophisticated animals captive for human entertainment.

Since the release of the documentary Blackfish in July, there is growing awareness of the cruelty of keeping killer whales in captivity. The film shows how these extremely social dolphins, who stay with their families life-long in the wild, were ripped away from them to spend the remainder of their lives in concrete tanks performing for entertainment and profit – turning orca literally into killer-whales.

Though humans have been killed by captive killer whales, there are no recorded cases of them killing humans in the wild. According to former SeaWorld trainers who appeared in the film, this is a clear sign of the depression and psychosis caused by captivity.

The documentary, which has been shortlisted for an Academy Award, concludes that to keep these highly intelligent animals in such a restrictive environment is cruelty and abuse.

As awareness has grown through the media, Blackfish has also attracted the attention of many high profile people who are now adding their voices to demand an end to captivity. Prominent musical acts scheduled to perform at a series of SeaWorld concerts early next year, cancelled after seeing the film. There are also great hopes in some of the younger generation, as Cash, a five year old animal lover, shows here: 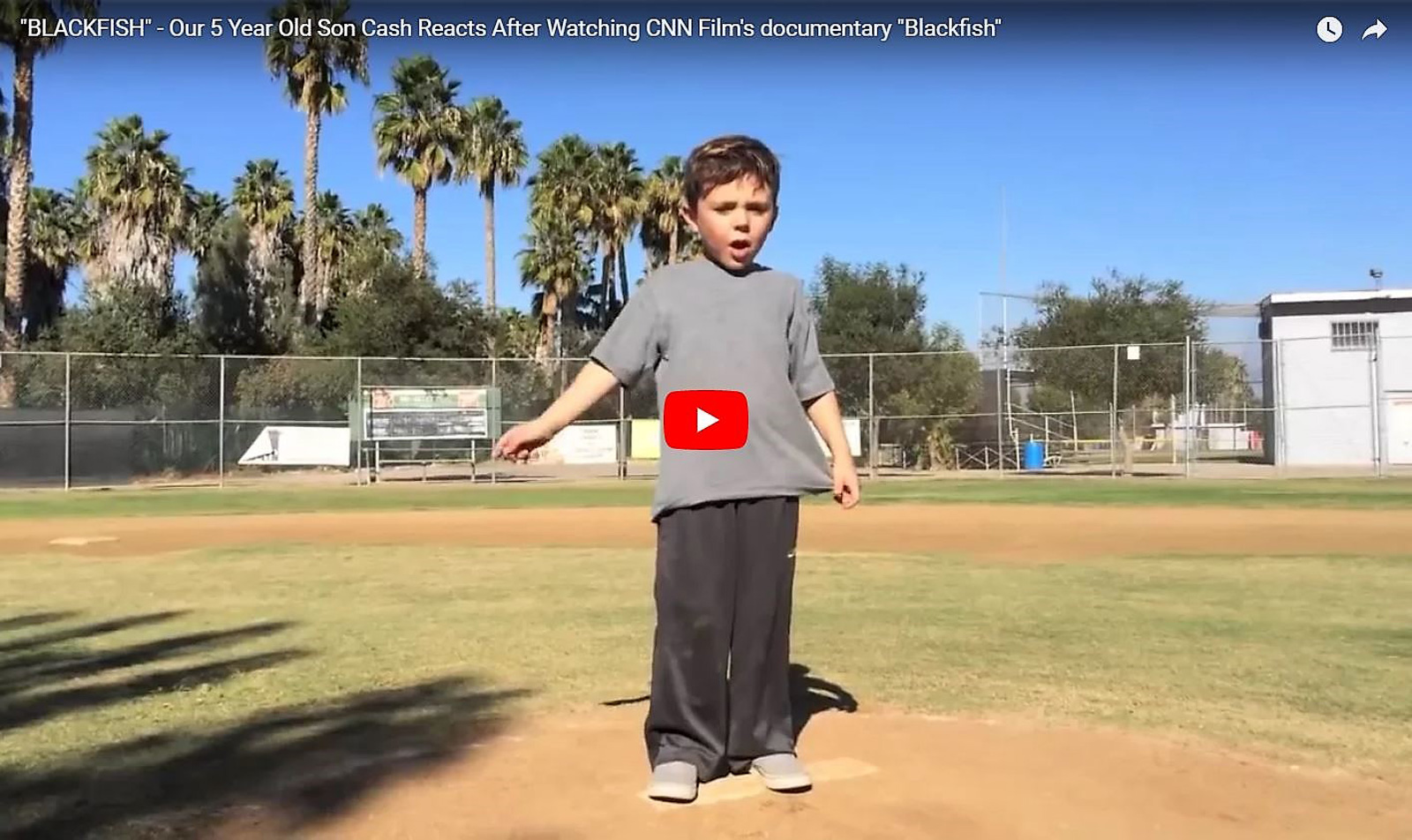 That is encouraging, but more needs to be done. Every individual can make a difference. It is a question of ethics, conscience and responsibility to stand against the suffering of animals for our entertainment. Wherever in the world, don’t buy a ticket to a dolphin show.

Blackfish is available on iTunes, Netflix and Amazon.com.