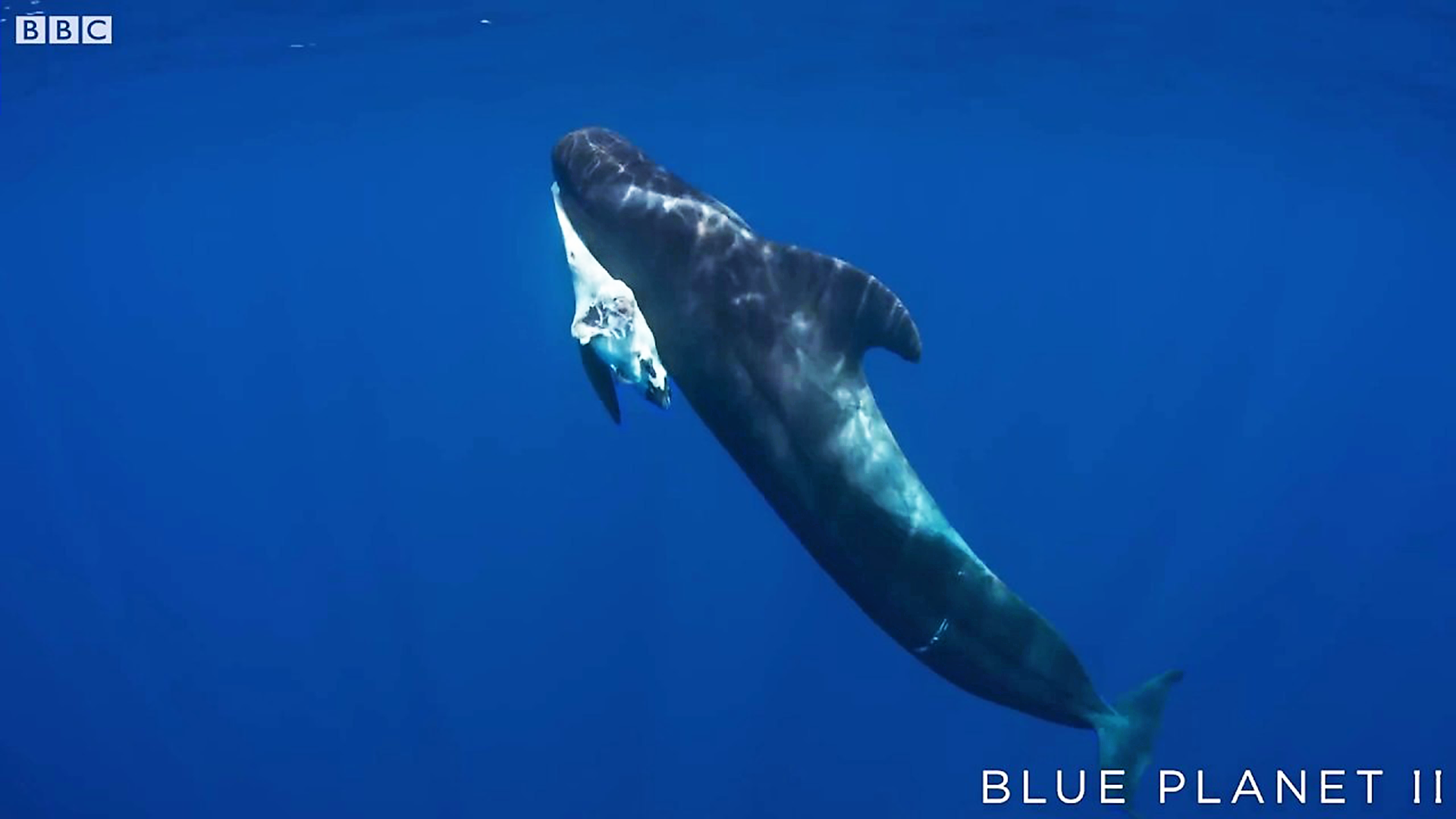 Blue Planet II viewers were crying their eyes out as a whale carried its dead newborn around – killed by human activity.

Sir David Attenborough explained we “dump eight million tonnes of plastic into the sea” every year, and it “entangles and drowns a vast number of creatures”.

The BBC documentary then cut to a group of whales – and closed up on one in particular.

David said: “This mother has been carrying her newborn around, but it’s dead. 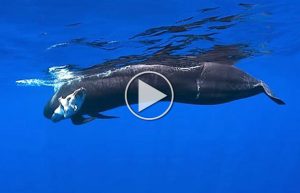 The pilot whale carried around its dead calf for days. The scenes were extremely emotional. Image: BBC

“She’s reluctant to let it go, it’s been dead for many days.”

He then continued to explain how plastic breaks down and becomes toxic, making it “lethal” to top predators like these whales.

David said: “The calf may have been poisoned by the mother’s own contaminated milk.”

As a group of slow-moving whales were shown, he continued: “Pilot whales have big brains, and they can certainly experience emotions. Judging the adults, the loss of the infant has affected the entire family.”