Japanese tourists have no idea the suffering dolphins go through to bring them into captivity. Photo: Leah Lemieux 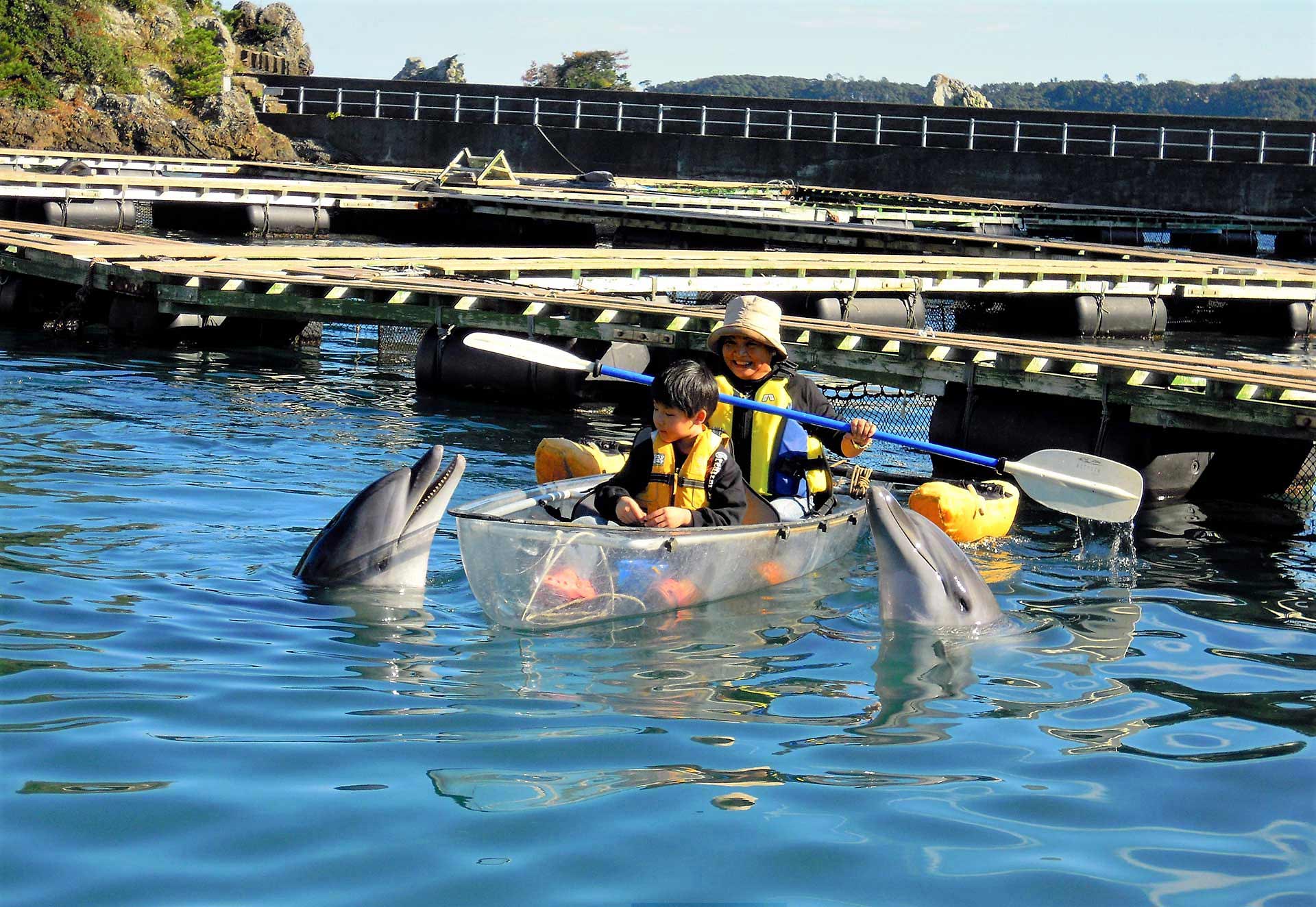 Japanese tourists have no idea the suffering dolphins go through to bring them into captivity. Photo: Leah Lemieux

Something is happening in Japan. A Sea Change. Little by little, without much notice or debate, a change. Across Japan, the practice of hunting dolphins and porpoises for their meat is dying out. The Japanese Fisheries Agency is still determinedly churning out fat kill quotas, but increasingly, one prefecture after another is quietly opting out, as the demand and market for dolphin and porpoise meat continues to shrink.

There is a phrase in Japanese, “Furu kusai” 古い臭い which translates approximately to “stinky old” — a label attached to things no longer considered relevant, useful or appealing. I think it applies. The relevance of cetacean meat in Japan is diminishing, year-by-year as those most likely to eat it, grow old and pass away.

So let’s have a quick look at what the numbers are showing us. While quotas are issued every year by the Japanese Fisheries Agency, listing how many small cetaceans may be killed in each prefecture, the figures of the ACTUAL numbers of cetaceans being killed are not reported until several years after the fact.

The prefectures of Hokkaido*, Aomori and Shizuoka stopped catching dolphins/porpoises years back, while Chiba, Miyagi and Okinawa take very few. Iwate prefecture, which for long years took the lion’s share of the quota, harpooning many thousands of porpoises, has seen numbers collapsing even before the 2011 tsunami struck.

Which leaves us with Wakayama, or to be specific, the little town of Taiji. Glowing like a carbuncle on the face of Japan, Taiji keeps going. Yet even in Taiji, the numbers of dolphins being harpooned for meat during the summer months are falling.

Even so, the number of cetacean species that may be taken via drive hunts has expanded, rough-tooth dolphins and melon-headed whales having been added just last year. The given quotas for these new and un-tapped species were quickly filled — leading to an immediate quota extension for both. Ironically, it is not a popular desire for cetacean meat that has allowed for this, but rather, it is the capture and trade of live dolphins that directly under-pins all of this activity. 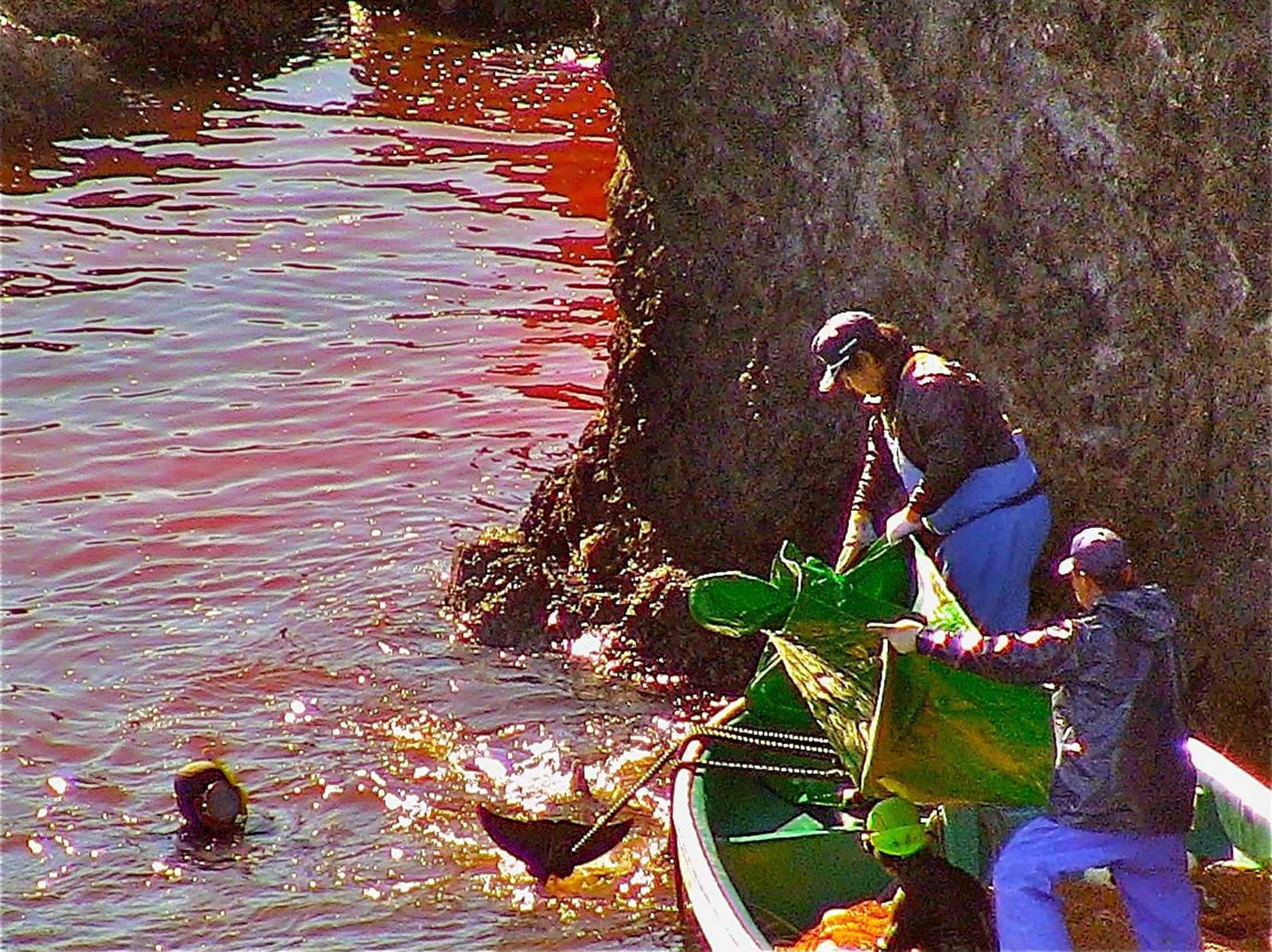 Taiji feeds on the unsuspecting public’s fascination for dolphins. It’s hard to imagine a more cynical business. While hiding behind the banner of “traditional whaling” (and yards and yards of plastic tarps) hundreds of dolphins suffer hours of panic-stricken chase and frequent injury or drowning, as families are separated amid a chaotic roar of boat engines.

The young and pretty are selected for a life of incarceration by aquarium staff, while the larger, older members of the pod may be slaughtered. With demand for the meat so low, the tattered and traumatized remainder of the pod, including tiny baby dolphins, are often driven forcibly back out to sea, only now without the wisdom and protection of their mothers and elders and left to fend for themselves. The further deaths that likely result from this dreadful ordeal remain uncounted.

All this to provide aquariums across Japan, China and elsewhere with hoop-jumping performers. And the greatest irony? That the unsuspecting public buying the tickets to these captive dolphin attractions are actually helping to subsidize and perpetuate the Taiji hunts — despite the fact that they actually LIKE dolphins! It’s not a stretch to imagine most of these people would be horrified if they were to discover the brutality that the dolphins endure to end up in an aquarium and how much bloodshed it involves.

The suffering the dolphins endure in Taiji is upsetting. Having been there and seen it with my own eyes I know just how devastating the drive hunts are. However, responding by spewing anger and hate onto social media does not help to save a single dolphin.

So, don’t just get mad. Get smart. 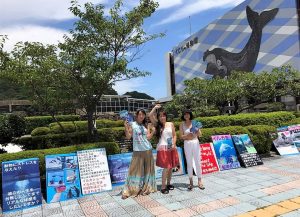 Realize that it is by having a “foreign enemy” to rail against, that allows the Taiji dolphin hunters to drum up sympathy from their countrymen as “oppressed underdogs” as well as raise support from their government.

If you really want to help make a difference, direct your energies towards connecting with and supporting the growing network of Japanese citizens who are learning to care about this issue. Hordes of angry frothing foreigners are scary — scary enough to drive a lot of Japanese would-be dolphin supporters away or underground.

If you want to be part of the solution rather than part of the problem, use your energies wisely. There’s a new breed of Japanese environmentalist out there and increasingly, the suffering of the dolphins is on their radar. Let’s give them the encouragement they deserve and help them to OWN this issue. Because make no mistake, Japanese citizens hold the key to ending the dolphin slaughter. They are the only ones with a voice that counts in Japan and they have the power to make positive changes happen.

*Hokkaido appears to have stopped taking porpoises some years ago, but does still kill a limited number of beaked whales each year.

Leah Lemieux is an author and lecturer who has been working on dolphin protection, education and conservation initiatives for twenty-five years, collaborating with individuals and NGOs from a number of countries, including the Jane Goodall Institute’s Roots & Shoots Environmental and Humanitarianprogram.