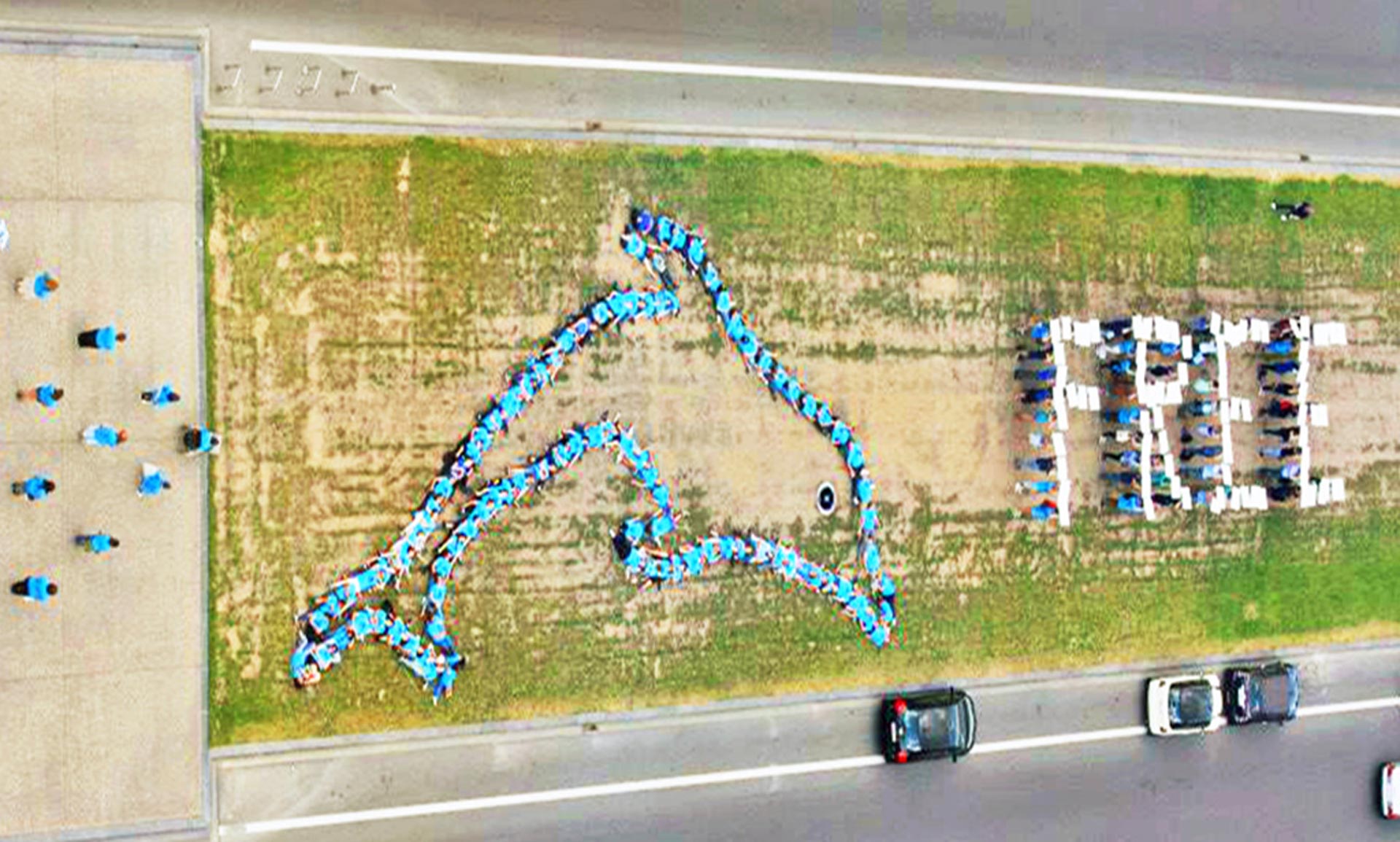 Brussels – The Atomium in Belgium was again the striking backdrop to the ‘Europe: Close Dolphinaria!’ protest on Saturday 27th June.

O rganised by Annelies Mullens, an independent Belgian activist, and ‘Bite Back‘ an NGO based in Belgium, with help from many other European groups, this was the third demonstration in what has become an annual Event.

Some 350 protestors silently formed the shape of a huge dolphin and the word FREE, others stood in formation directly under the Atomium. These formations were held for an hour, in silence, which made for an impressive sight. Afterwards, speeches were made by representatives from various countries and members of the public engaged to explain why dolphin captivity should be ended. 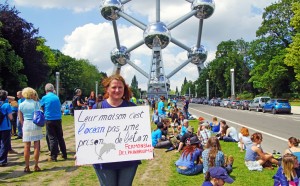 The Atomium made a striking backdrop for the demonstration. Photo: Sasha Abdolmajid

Many of the protestors had travelled long distances from all over Europe to deliver their message – Italy, Netherlands, Germany, UK, Ireland, Czech Republic, France, and even Hong Kong, were all represented. The warmth and friendliness of so many like-minded people joining together in the cause of dolphins created a wonderful atmosphere.

“However, fresh in the minds of many, were two events which occurred in the few days prior to the demonstration which underline the tragedy of captivity for marine mammals. Firstly, at Marineland in France, the death of orca Freya eight days previously at the unnaturally young age of 33. Her life story illustrates just how much dolphins can suffer in the captivity industry, which often leads to their early deaths.

Captured from the wild off Iceland in 1982 at one year of age, she was removed from her family and everything she knew in the wild, to perform in a tiny pool to entertain humans for profit. She was used for breeding and had four stillbirths which are said to have left her so depressed that she was given contraceptives and could no longer be used for performances. One offspring survives her, her son Valentin, who continues to swim circles in the pool at Marineland.

Secondly, orca Morgan who, after several court hearings, now seems set to follow the same tragic pattern. On 23rd June it was the fifth anniversary of her capture off the coast of the Netherlands. Although this was authorised under the terms of rehabilitation and release, it very quickly became clear that release was not even being considered.

She was eventually deemed unreleasable and transferred to Loro Parque in Tenerife, Spain, where she now appears in ‘shows’ daily. The fact she was later valued at $18 million seems likely to have affected the decision. Loro Parque, under the auspices of SeaWorld, have announced recently that Morgan is now ready to breed, so the whole sorry cycle seems set to continue for now.

A clear message from protestors, dolphins should be free. Photo: Sasha Abdolmajid

Bite Back report that the European Council Directive 1999/22/EC on the keeping of wild animals in zoos requires that animals must be kept in conditions that meet their biological and conservation requirements. In the case of cetaceans, it is obviously impossible for these requirements to be met in captivity, because no tanks, no lagoons – however large, can ever replace the freedom of swimming in the immensity of the ocean.

“We urge the EU to strictly apply what is stated in the Council Directive through its national laws. We also ask the EU to ban the captivity of cetaceans (dolphins, belugas, orcas, etc.). We demand the shutting down of all dolphinaria in the EU and that dolphins, born free or in captivity, be removed to marine sanctuaries or, when possible, join rehabilitation programs.”

Our blue shirts represented our unity. Every person at the demo was extremely important to be able to make the impressive formations. We were a voice for the captive dolphins all over Europe. See you next summer for our fourth Event!

The video above shows advocates joining together in one cause ~ freedom for dolphins in Europe.

There will a protest at Marineland, Antibes, France on Sunday 12th July at 9am with Ric O’Barry and former SeaWorld trainer John Hargrove. For more details click here.

This article is also available in French.