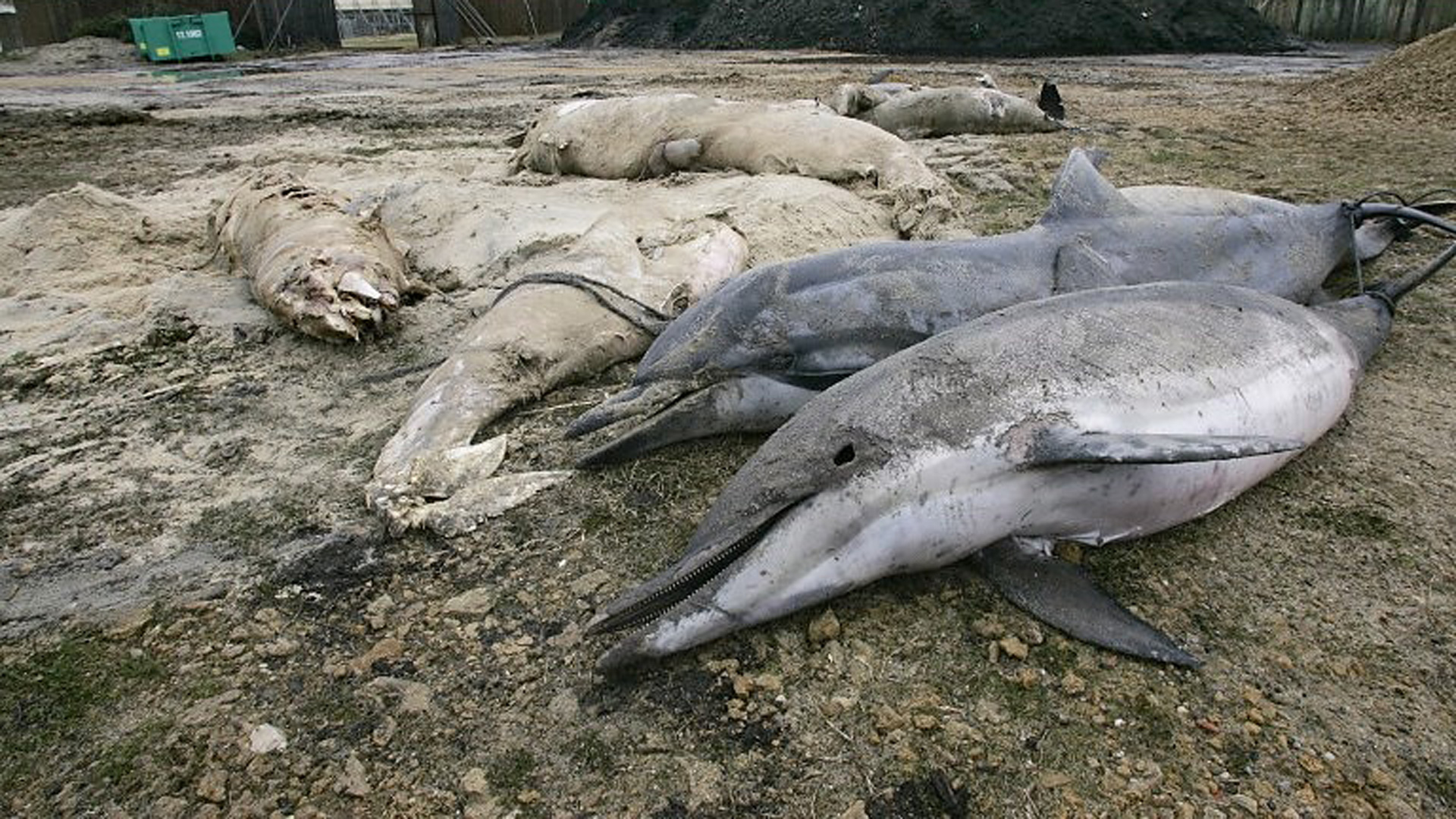 Why are hundreds of dead dolphins washing up on French beaches?

Since the beginning of the year alone, a record number of up to 600 dolphins have washed up on France’s Atlantic coast. So what’s going on?

Since the start of 2019, up to 600 dolphins have washed up on beaches along France’s Atlantic coast.

According to two different surveys, the numbers of carcasses found this year is between 400 and 600 – but even the lower estimate is higher than any previous year at the same period.

While dead dolphins wash up on beaches in France each year scientists say the situation is alarming.

The dolphins washed up on the stretch of Atlantic coast running all the way from southern Brittany to the Spanish border with large numbers of carcasses found in the departments of Vendée and in the Charentes Maritimes.

Scientists say these numbers are only the tip of the iceberg as many when dolphins die, many just sink to the bottom of the ocean or are washed out to sea rather than ending up on the beaches.

These deaths could also threaten the dolphin populations in the years to come, researchers say.

Why is this happening?

Although hundreds of dead dolphins wash up on French beaches every year, this is a record number so early on in the year.

Most of the dead dolphins found bear injury marks which researchers say are caused by big fishing boats and the large fishing nets they use.

“Among the carcasses found, 93 percent show signs that they have been captured by fishing vessels and their equipment such as mutilations, amputations and fractured jaws,” according to the French environmental charity France Nature Environnement (FNE).

The dolphins get caught in the vast nets used to catch fish like hake and sea bass, which the dolphins like to eat. Some of these nets are fixed in the sea bed and when dolphins get stuck in them, they can’t come up for air to breathe and they suffocate.

Trawlers are also a problem as they drag large fishing nets behind them which dolphins also get caught in and suffer injuries and die. When they get stuck, dolphins panic, and the stress can also kill them.

Is there a solution?

Read the full article here: Why are hundreds of dead dolphins washing up on French beaches?