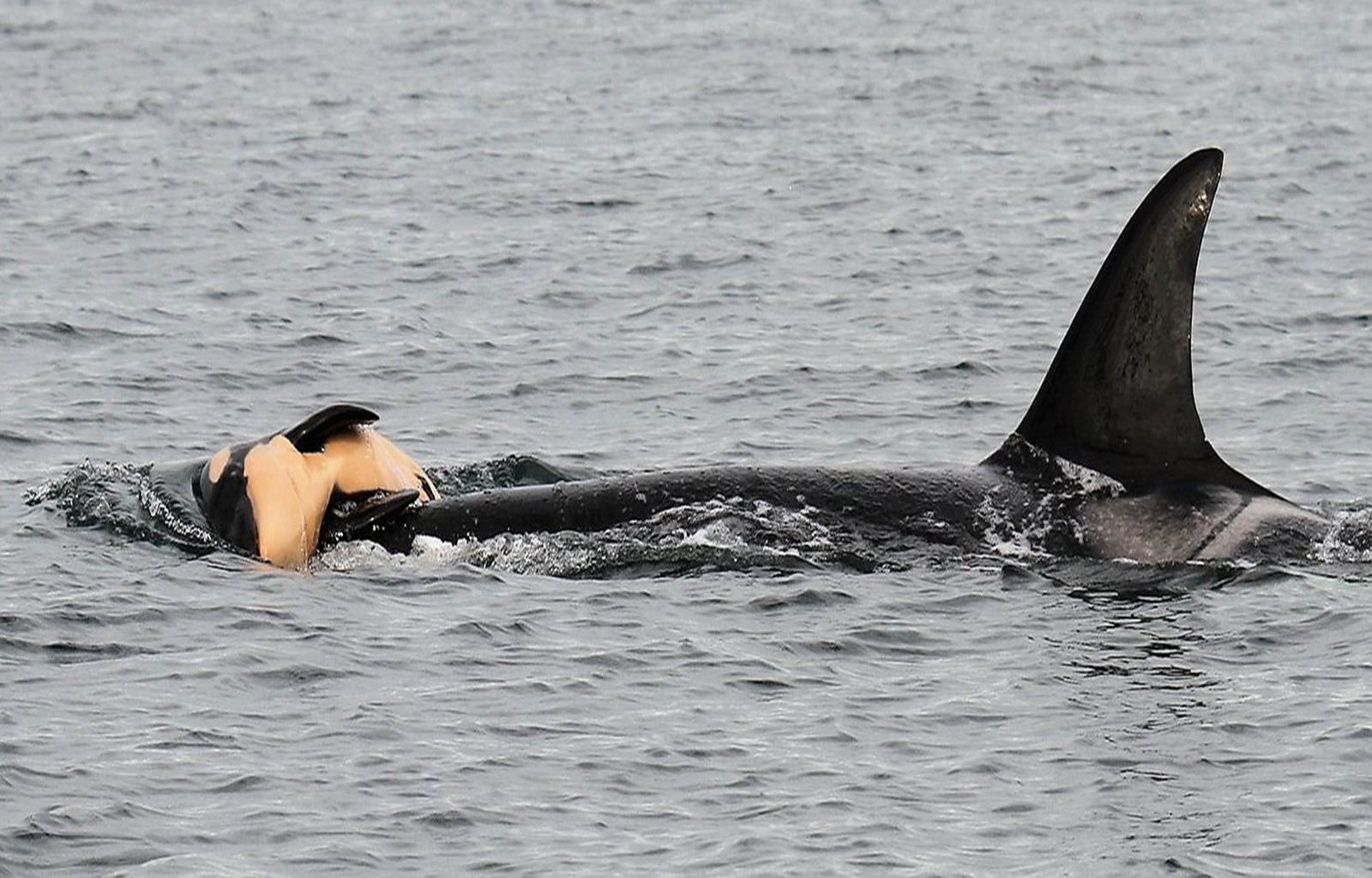 One calf lost within half an hour, and another youngster is ailing in the critically endangered population of southern-resident killer whales.

A new calf born to the critically endangered southern-resident killer whales Tuesday died within a half-hour of its birth.

The loss of the calf reported by Ken Balcomb of the Center for Whale Research continues the reproductive failure of the southern residents, which have not managed a successful pregnancy in three years.

The calf’s mother, J35, was seen Tuesday carrying her dead calf as she swam, refusing to let her go, hour upon hour, Balcomb said. 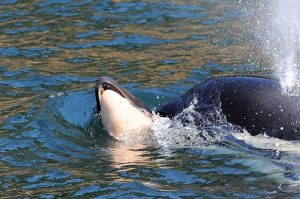 This July 25 photo shows the orca mother, J-35, balancing her dead baby on her nose trying to keep it afloat. (Ken Balcomb/Centre for Whale Research)

“Maybe this is her protest.”

“I told the governor it was going to happen,” Balcomb said. “More and more will happen. We are losing them … The whales are not going to stand for it. They are going to pass away.”

Up to two-thirds of pregnancies were lost among the southern residents from 2007 to 2014. A multiyear study linked the orca population’s low reproductive success to stress due to low, or unreliable abundance of chinook salmon.

Meanwhile the health of another member of the pod, J50, is also raising concern.

Day 10: NOAA plans ‘outside the box’ response to save J pod Orca

Day 9: A mother orca’s dead calf and the grief felt around the world

Day 2: Orca whale continues to carry her dead calf into a second day